Lights illuminate Brooke Miranda Hughes’ face as the Scranton teen holds up her cellphone while driving along Interstate 380 near Tobyhanna shortly after midnight Tuesday.

Before Ms. Hughes can answer, more lights flash inside the car, followed by the sounds of screeching tires. 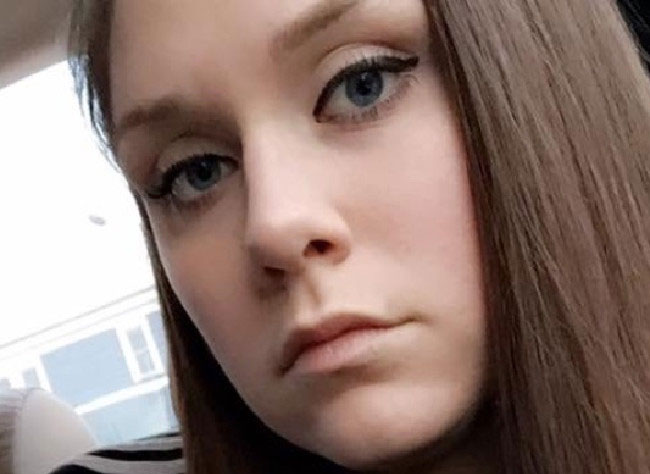 The live feed captured the last moments before a tractor-trailer plowed into the back of her car.

State police investigators said the teens were traveling very slowly in the right lane of I-380 southbound.

The teens were driving with a spare tire doughnut, said Pennsylvania State Trooper Dave Peters, the spokesman for Troop N. State police had initially reported the teens were driving with a flat tire, but it’s unclear if that is true. The fiery wreck badly damaged the car, making it difficult to determine its condition beforehand, Trooper Peters said.

The driver of the truck, Michael Jay Parks of Tobyhanna, was not hurt. It’s too early in the investigation to know if police will charge him with a crime.

A friend of both teens, Samantha Piasecki, 17, of Scranton, said she rode in that car with Ms. Hughes and Ms. Morrison-Toomey Monday night.

“They were both down-to-Earth people,” she said of her friends. “They had good personalities. They had smiles that could light up dark rooms. Anytime you were with them it was always fun.”

Ms. Hughes asked Ms. Piasecki to come with them, she said, but Ms. Piasecki asked to be dropped at her mother’s home in Scranton.

She was thankful, she said, that she got out of the car, “but I feel like if I went, I could have stopped it somehow.”

The video has been viewed more than 7,000 times.

It was posted to Ms. Hughes’ profile page, but not by her.

The video goes dark for seven minutes before someone picks it up again. At the end of the eight-minute video, a man is heard speaking and a blurry but bearded face can be seen before the video ends. After a Facebook Live video is broadcast, someone must push a button on the phone to post it to the web.

State police will use the video in their investigation, Trooper Dave Peters said.

The video will not be removed because it does not violate Facebook’s rules.

“People watching Live video can report potential violations of our Community Standards, and we will take the appropriate action,” said Andrea Saul, a Facebook spokeswoman. “We also encourage people to contact law enforcement if they see a Live stream in which someone is in danger.”

According to its Community Standards, Facebook marks as disturbing any videos that show the violent death of a human by accident, murder or suicide. The content is not accessible to users under 18, a warning screen is added and auto-play is disabled.

Ms. Hughes was a student at West Scranton High School, a spokesman for the school district confirmed. Grief counselors attended to students at the school Tuesday and Wednesday, he said.

Because the car burned, investigators could not visually identify the teens. Assistant Chief Deputy Coroner Michael Sak, who conducted the autopsy, could not be reached Wednesday.

Anyone with information on the fatal crash should call the State Police barracks in Swiftwater at 570-839-7701.

Friends and family of Chaniya Morrison-Toomey have started a fundraising website to pay the teen’s funeral expenses. To donate, go to www.gofundme.com and search for Chaniya Toomey. The title of the fundraiser is “For our beloved angel.” Her employer, the KFC on North Keyser Avenue in Scranton, is also accepting donations for the funeral.

Next Man Drunk Driving Crashes Into A Wall While Wearing The Most Appropriate Shirt... [VIDEO]