Cassie Coker and Sarah McCulley had been roommates in their little room at the University of Texas at Austin’s Kinsolving dorm for about seven months, and thought they had discovered all its secrets. But one night, Cassie came back from a film shoot, and was so exhausted she threw her camera equipment under her desk.

The weight of her camera was apparently too much for the old paneling, and one tile came loose, revealing a hidden hole behind her desk.

She immediately turned on her iPhone flashlight, and was so surprised to find 10 old flat-top beer cans and an envelope with a woman’s portrait on it.

After a little bit of dust scraping, the girls could make out a name on the envelope, “Henry L. Jordan,” and decided to see if they could find him. Through a little bit of internet research the girls found his death certificate and the name of his daughter, Judy.

The two decided to contact Judy to tell her what they found. They also found out that Judy in fact lived in their room when she was in college.

As fate would have it, Judy was going to be close enough that she could come by and meet the girls to see what they had found for herself. The three women had an amazing reunion, and Judy loved being back in her old room and seeing how much the dorm changed since she was there last.

These two girls had enjoyed their room in the Kinsolving Dorm at the University of Texas at Austin for almost one full school year. College dorms tend to be simple and Cassie Coker and Sarah McCulley thought that they had the routine down pat.

One night, Cassie came home with her camera equipment, exhausted, and haphazardly tossed it underneath the desk. When a piece of paneling came loose, she knew that she had found something.

The girls used an iPhone flashlight to peer into the hidden compartment and found some items that were old but worthless, and an old envelope that housed quite a mystery. 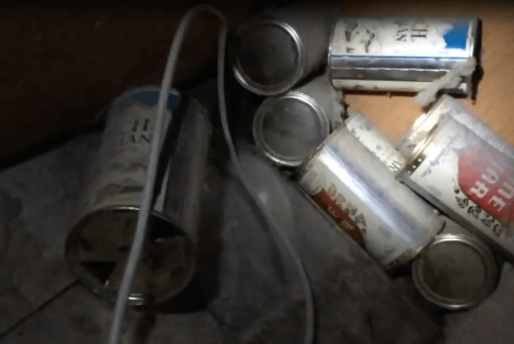 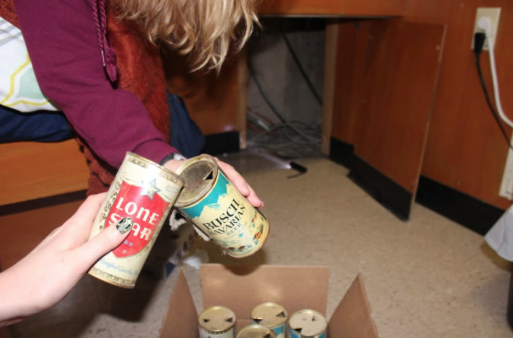 Old flat top beer cans were not a surprise in a dorm room in Texas, but the envelope was intriguing. 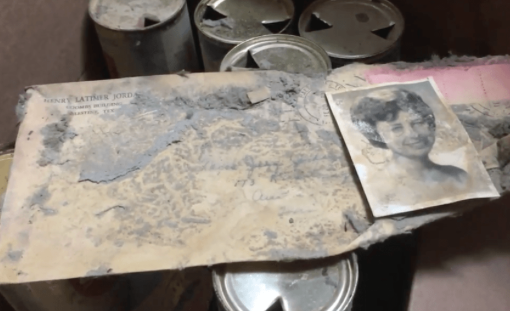 After more online searching, the two excited ladies came across a phone number for a Judy Eckert. The girls called Judy, and, to their amazement, discovered that she was in fact the daughter of the man mentioned!

The next weekend, Judy and her husband came to Austin, and Judy was thrilled to discover this awesome memory from her parents’ past. 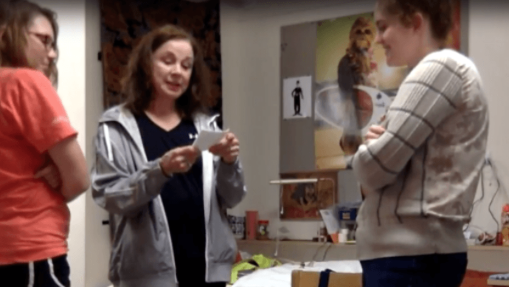 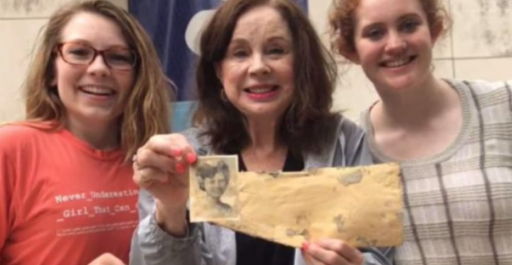 Judy herself had lived in the dorm in 1961 and 1962 before moving out. The find certainly turned out to be a memory she would cherish as a treasure.

Have you ever come across something from a hidden panel or access way? When this kind of thing happens to a college kid, it is better than Christmas!