This kid has been groomed from the get go.

As previously reported:
In less than a week since they survived a mass murdering gunman attack on their school, two student who quickly became media stars of the Parkland, Florida school shootings are now media obsessed to the point they say they are snubbing an invitation to meet with President Donald Trump this Wednesday in favor of appearing on a televised town hall with CNN’s Jake Tapper. […] 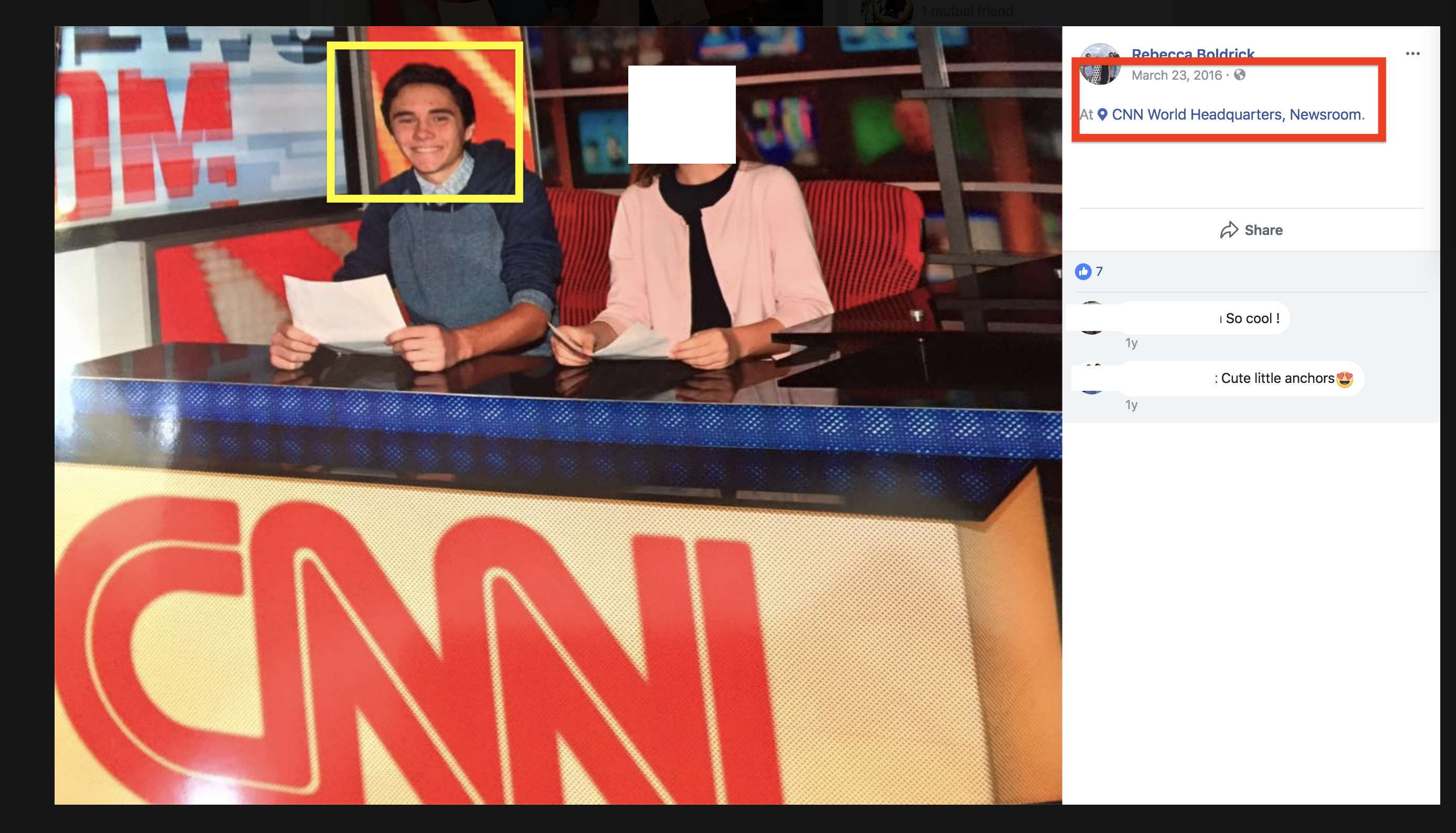 “I think it’s disgusting, personally. My father’s a retired FBI agent and the FBI are some of the hardest working individuals I have ever seen in my life,” proclaimed David Hogg to CNN.

“It’s wrong that the president is blaming them for this.”


Continuing, Hogg demonstrated his complete lack of American civics knowledge. A clueless Hogg appeared unaware of the fact that the President is not ‘in control’ of each department and branch of government, but must work and negotiate with them. Regardless, Hogg pushed the notion that Trump is in charge of the FBI.

Anyone who has been following the news could tell you that many in the FBI have been working against the president from the start, with the most notable case involving collusion between the FBI, Obama Administration, and the Clinton campaign’s to push the false ‘verification’ of the junk Steele Dossier. It has also been widely reported that the FBI received tips well in advance of the Flordia school shooting and decided, for whatever reason, not to act.

The fault for this tragedy lies squarely on the shoulder’s of the FBI, who could have prevented this back in January.

Adding to the credibility of Hogg, in a recently uncovered early cut from one of his interviews it appears he was heavily coached on lines and is merely reciting a script. Frequently seen in the footage mouthing the lines he should be reciting. Hogg becomes flustered multiple times, is seen apologizing, and asking for re-takes.

Why would the child of an FBI agent be used as a pawn for anti-Trump rhetoric and anti-gun legislation? Because the FBI is only looking to curb YOUR Constitutional rights and INCREASE their power. We’ve seen similar moves by them many times over. This is just another disgusting example of it.


Previous Authorities Say Video Discovered On Teens Girls Cellphone, One Of The Most Disturbing [WATCH]

Next Transgender “Girl” Is Upset Straight Guys Can’t Get Over Her “Male junk”, Won’t Date “Her”