Having a baby is never that easy. Aside from the pregnancy problems, there can also be a financial issue or family issue to deal with. This can sometimes hinder the excitement we feel for the newborn baby. Over time some people attempted to determine the future by looking for propitious signs during birth.

Jordyn Eppard was rushed to the hospital on July 1, 2017.  She was expected to deliver her child at the end of the month but due to complications, she delivers the child earlier than expected. When she reached the hospital, an emergency C-section was performed by the doctor.

According to Today, Jordy said: “I did not want him to come on the first at all, because it was 17 days early. That can sometimes cause problems.” “For me, I just wanted him to be healthy more than anything.”

The surgery was successfully completed despite the complications. Jordy gave birth to Beauden Matthew James Eppard who was weighing eight pounds, 11 ounces. 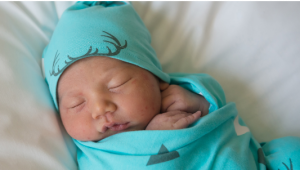 The family was surprised when discovering the significance of Beauden birthday. The baby has the same birthday as his father and grandfather. 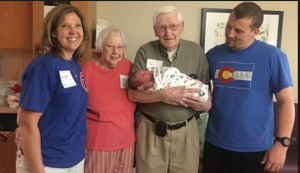 What makes Beauden birthday rare is the fact that he has the same birthday as both his father and his grandfather which is said to be 33,374 to 1. This story will truly make you wonder if it just an unbelievable coincidence or is there a deeper meaning on this event. Beauden’s birthday is definitely an auspicious day, the fact that he was born earlier than expected and despite the complication, the emergency operation was successful.


Previous Trump Jr. Noticed One MAJOR Thing About The YouTube Shooting Aftermath Nobody Else Noticed...