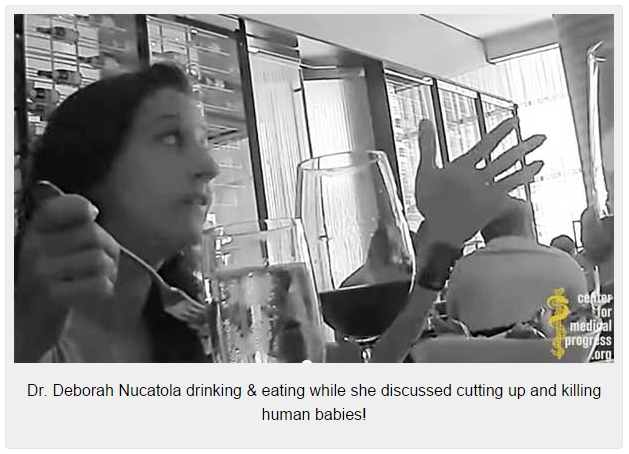 On July 14 2015, undercover video was released showing Dr. Deborah Nucatola – Senior Director of Medical Services for Planned Parenthood (PP) – describing how PP sells the body parts of aborted children and “admitting she uses partial-birth abortions to supply intact body parts” to those that want them.

Newsbusters reported that CNN and MSNBC were so unmoved they did not even report on the video on the day it was released.

Here’s a question: What would CNN and MSNBC have done if the video had shown an NRA executive cleaning his semiautomatic handgun and talking about livers that were being removed from unborn children, then sold to the highest bidder?

The video of PP covered this kind of grotesque inhumanity. Life News reports that Nucatola “brazenly [described] how the heads of unborn babies killed in abortions command top dollar” and talked about how abortionists benefit beforehand by knowing what organs someone is interested in buying, because that knowledge allows them to be careful in choosing which parts of the unborn child will and won’t be damaged.

In the video, Nucatola says:

I’d say a lot of people want liver. And for that reason, most providers will do this case under ultrasound guidance, so they’ll know where they’re putting their forceps… We’ve been very good at getting heart, lung, liver, because we know that, so I’m not gonna crush that part, I’m gonna basically crush below, I’m gonna crush above, and I’m gonna see if I can get it all intact.


“ABC and CBS didn’t devote a single second to the story [and] NBC’s Today used only 39 seconds to tell the story, carefully avoiding any damning quotes from the video and using the images merely as background.”

Here’s a question: What would ABC and CBS have done if the video had shown an NRA board member stacking up his 30-round magazines while talking about how careful you have to be in killing an unborn child whose lungs you plan to harvest and sell to an interested party?

What if the person in the video was wearing an NRA T-shirt with the words “Shall Not Be Infringed” emblazoned across it? Would NBC have felt enough outrage to play the video unedited so the American people could hear how unborn human babies are torn asunder in a manner PETA would picket if it were happening to chickens?

Next KARMA: After Comey Slipped up & Admitted The Truth About Fake Trump ‘Dossier,’ Judge Jeanine Leaked His Worst Nightmare