NASHVILLE — The gunman accused of killing four at a Waffle House was taken into custody Monday afternoon, police say, bringing an end to a tense manhunt.

The suspected gunman, Travis Reinking, was partially naked when the shooting occurred, wearing only a green jacket.

After sitting in a pickup truck in the parking lot for four minutes, he came out holding a semi-automatic rifle and fatally shot two people outside the Waffle House. He then went inside the restaurant and continued to fire, killing a third person and fatally injuring a fourth, who died at the Vanderbilt University Medical Center, with four others being treated for related injuries. One customer who suffered a grazing wound, 29-year-old James Shaw Jr., hid near the restaurant’s bathrooms, rushed the shooter, and wrestled the rifle away.

Reinking then fled on foot, leaving behind his rifle.

‘Reinking believed Taylor Swift was harassing him. He claimed she had hacked his Netflix account, told him to meet her at a Dairy Queen, then allegedly ran from him at that location. He said he chased her to the rooftop of a building, but she was gone.’https://breaking911.com/new-waffle-house-gunman-said-taylor-swift-was-stalking-him-other-bizarre-interactions-revealed/ …

NASHVILLE — The at-large gunman who is accused of fatally shooting four people at a Nashville Waffle House early Sunday morning told cops Taylor Swift was stalking him. Travis Reinking, 29, of… 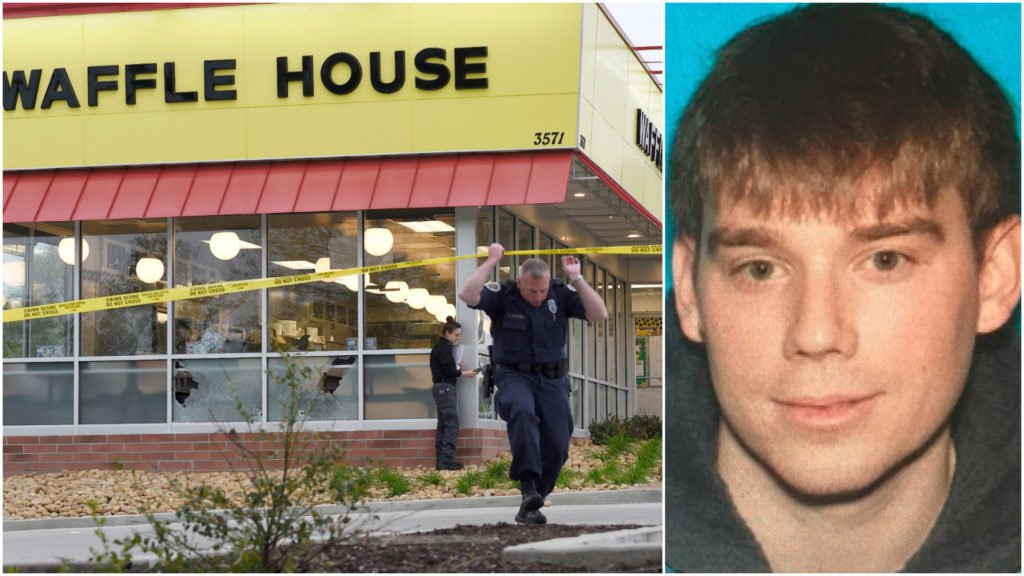 
Previous He Didn’t Trust His Mom’s Nursing Home, So He Sets Up A Hidden Camera. What He Captures Is So Sad

Next In Wake of Possible Boycott YETI JUST Released THIS Statement...