Former “Smallville” actress Allison Mack was released from jail on Tuesday after posting a $5 million bond and agreeing to stay under house arrest in California until her trial. Mack has been accused of being second in command of a sex cult, under the leadership of Keith Raniere. Since Mack was arrested last Friday, her lawyers have been tirelessly working to release their client, and have been engaging in plea talks concerning the sex-trafficking and forced-labor conspiracy charges against her.

Lawyers for Mack eventually reached an agreement for the troubled former “Smallville” actress, but not without conditions. According to court documents, Mack was able to secure her release under the stipulation she wear a GPS ankle bracelet and not have contact with other members of the cult. Those alleged members have been revealed as Seagram’s liquor heiress Clare Bronfman; “Battlestar Galactica” TV actress and Mack’s wife, Nicki Clyne; and India Oxenberg, the daughter of “Dynasty” TV star Catherine Oxenberg.

Judge Viktor Pohorelsky asked Mack on Tuesday, “Basically, avoid contact with anyone you know associated in any way with NXIVM. Do you understand?” 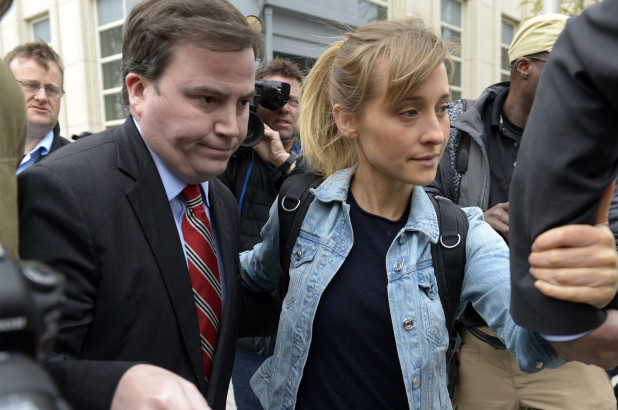 
Now that Mack has been released, her whereabouts will be continuously monitored while she resides with her parents in Los Alamitos, California. The only time Mack will be allowed to leave her parents’ home is for pre-approved activities, which include traveling to Manhattan to meet with her lawyers or Brooklyn for court appearances.

Not only is Mack not allowed to use her home, but the judge also forbade her from using the internet without approval.

Now that Mack has been released, it is has been speculated lawyers may try to cut a deal with prosecutors in exchange for testimony against Raniere. Mack’s lawyers filed an affidavit to waive her right to a speedy trial as “they are engaged in plea negotiations, which they believe are likely to result in a disposition of this case without trial.”

Mack’s next court date is May 3.


Previous Award-Winning News Anchor Is Publicly Slammed For Her Attire, But Many People Are Wondering What The Issue Was All About

Next Macron Claims Trump Will Pull Out of Iran Nuclear Deal