If you have a fear of insects, wasps or bees, then you’re going to want to go to a different article. As you’ll see in this video, a deadly swarm of hornets fly around and try to attack the exterminator hired to remove the “Granddaddy of nests” from this Louisiana family’s back shed.

The nest has gotten so big. The wasps have taken over the family’s shed in Patterson, Louisiana.

Although the swarm of wasps appears to be something out of a horror movie, the exterminator, who would clearly be the hero in the flick, continues to bash away at the nest as the Hornets try to kill him. Thousands of stinging insects go after him in a deadly swarm that he tries to avoid for the sake of his life. 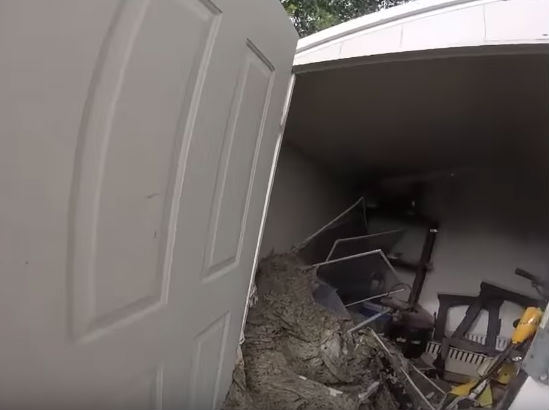 The exterminator is named Jude Verret. When he got to the Louisiana home and saw the size of the nest, he knew that he had to film his encounter. After setting up the camera, he made sure to put on his protective suit and mask And then he approached the huge nest and began his job.


The nest had gotten so big because the wasps had built layer upon layer of it. They used things found in the shed and parts and belongings that he been left there. These large pieces allowed the insects to make a huge nest in record time.

As soon as he threatens the nest, thousands of wasps fly out of it to defend their sacred home. And although the flying insects are trying to stop him, Verret continues to work to dismantle the huge nest. 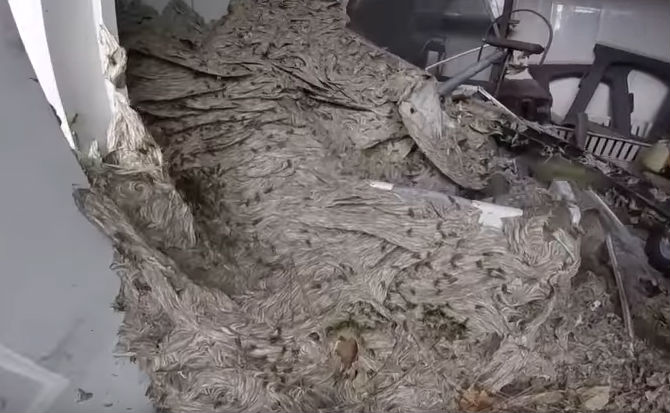 “I’m actually not usually scared,” Verret said. But even the experienced exterminator had to admit that this wasp nest terrified him. There were so many swarming around inside the shed. You can hardly hear the man speak.

While he works to pull apart the nest, the wasps grow more furious. At one point, you can see the queen. But she then climbs deeper into the safety of her nest to hide from the exterminator. 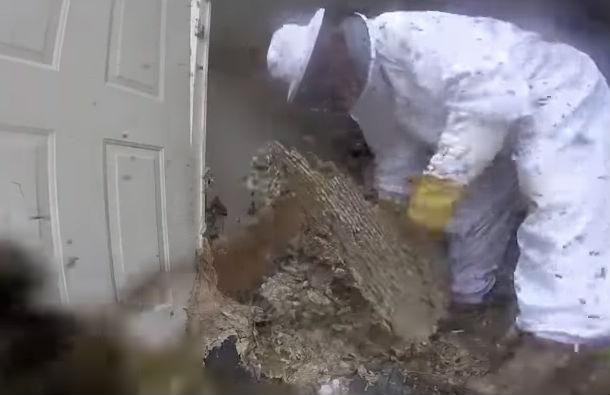 The exterminator says with conviction that these are not honeybees. They’re fearsome hornets that can repeatedly sting someone if they want.

Next Hillary LIVID After Ex Staffer Reveals All: “I wish she’d shut the f**** up and go away”