Liberty One News | Journalist and Liberty One contributor Laura Loomer filed a police report accusing Congresswoman Maxine Waters of assaulting her when she did to Waters what the California Democrat urged liberals to do to Trump aides: Confront them in public.

Loomer tweeted: “I filed a police report w/Capitol Police against Maxine Waters. Yesterday when I confronted her on Capitol Hill, she ASSAULTED me. She hit my hand, then she swatted me in the face twice w/her papers. I’m pressing charges.”

Loomer chronicled the alleged assault on video and blogged about it at Big League Politics.

Yesterday when I confronted her on Capitol Hill, she ASSAULTED me. She hit my hand, then she swatted me in the face twice w/ her papers. I’m pressing charges against her. https://bigleaguepolitics.com/laura-loomer-presses-assault-charges-against-maxine-waters/ …

Today I filed a police report in Washington, D.C. to press charges against Congresswoman Maxine Waters for assaulting me. When I confronted her regarding her call for targeted harassment of Trump…

The brouhaha erupted when Loomer asked Waters why she incited her supporters to confront Trump aides and not allow them to eat or do anything else in public without being bullied by an angry mob.

Waters cut her off by saying: “Please come to my office and sit down with me.”

Loomer followed up by saying: “I just wanted to ask you: Where are conservatives allowed to go? Do we have to sit at the back of the bus? Where can we eat? Where can a conservative eat at a restaurant in Washington, D.C.?”

Waters responded while scurrying away: “Please come to my office and talk with me.” 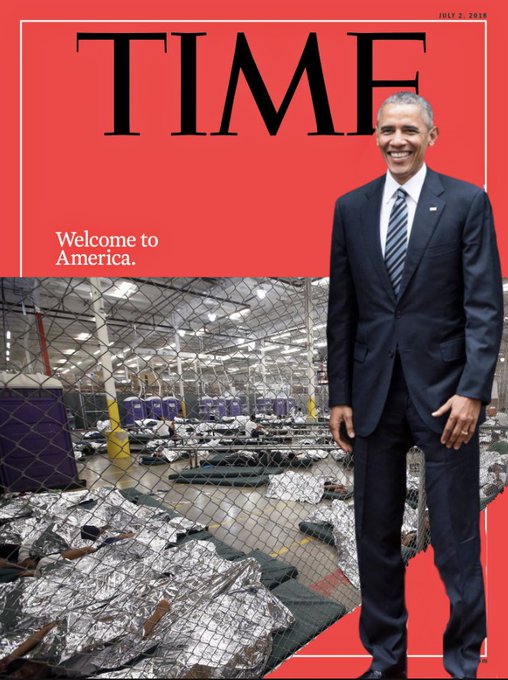 Obama separated families at the border.
Obama housed unaccompanied minors in tent cities & in cages.
Obama prosecuted hundreds of thousands for illegal border crossings.
Obama deported millions.
Where was this TIME cover then?

Loomer then asked, “You’re talking about civility. Do you think it’s civil to call for the harassment of Trump officials?”

When Waters approached the elevator, she hit Loomer in the face with a bunch of papers. A burly man then got in Loomer’s face and pushed her away while repeatedly shouting: “Ma’am, it’s a members’ elevator!”

In the background, Waters is seen gloating and apparently sticking her tongue out as Loomer is pushed away from the elevator door.

Maxine Waters appears to tauntingly stick her tongue out at Laura Loomer, an American voter.

Waters — a 13-term Congresswoman — recently urged her supporters to gather a crowd, surround, and harass Trump aides to protest the longstanding immigration policy that she helped sign into law many years ago.