A woman decided to go out with her co workers for her first night out in Newcastle, England when a man attacked her and left her scarred for life.

April Parslow, 22, moved to Newcastle with her boyfriend, Adam Ruys, in November 2013. She decided to go out with her colleagues to Madame Koos nightclub shortly after Christmas.

While on the dancefloor, a man by the name of Nikki Harrison bumped into her and spilled his drink. When Parslow asked the man if he had missed his mouth, the man stared at her and followed her around the nightclub. 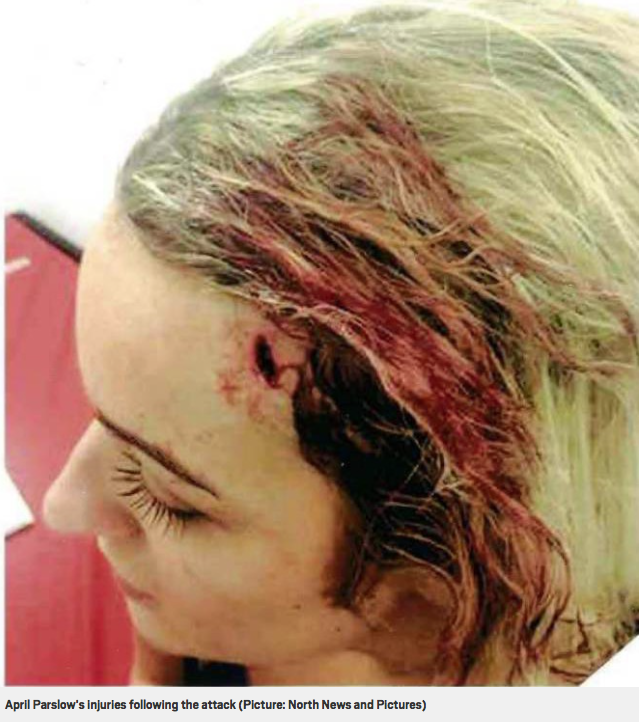 Parslow asked the man to leave her alone and that’s when Harrison grabbed Parslow by the throat and smashed his beer bottle repeatedly on her head. Parslow’s forehead was split open and she was covered in blood.


Harrison did not stop assaulting the 5’2 woman until bar staff intervened. The bouncers restrained Harrison until authorities arrived. Harrison was apparently so drunk that he did not recall the incident and appeared shocked when he was told what he had done.

Interestingly enough, Harrison was spared jail by a judge at Newcastle Crown Court. He received a 12-month suspended sentence with a three-month curfew and 150 hours of unpaid work after pleading guilty to the assault.

He was ordered to pay $3,250 in compensation to Parslow and $760 to a colleague of hers who was also hurt during the incident.

Parslow said that she was left terrified to go out in Newcastle at night time – so terrified, that she left the area and moved to Ontario, Canada with her boyfriend.

She only just recently felt strong enough to speak out about the attack.

“I didn’t do anything to the man who attacked me,” Parslow told the Daily Mail. “I was new to the area and went out in a big group to make friends at work and he singled me out and wouldn’t leave me alone.

“He approached me and wouldn’t stop staring, I found him really creepy and tried to walk away but he wouldn’t let me out of his sight.

“It’s disgusting that a man can do that to a  woman and think it’s acceptable. If someone says no they should back off. 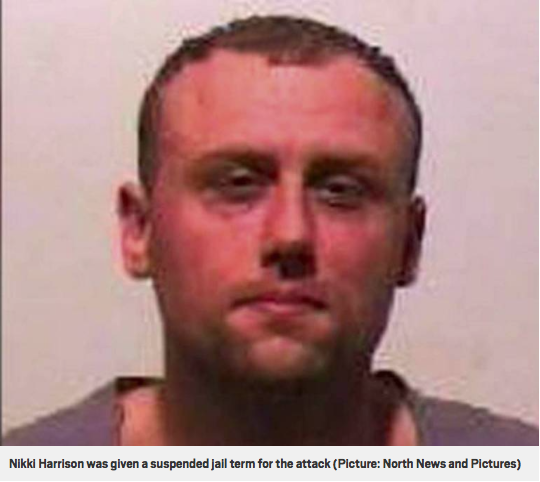 “I had constant nightmares and my boyfriend and I had to move house because I didn’t feel safe. Eventually two months later, I couldn’t take it anymore and we moved away from the city back down south.

“My boyfriend, Adam, is extremely protective of me and I don’t usually like to go on nights out if he is not there now as he is 6’7 and I only feel I am safe when he is there,” Parslow added. “I was left with a scar on my forehead and I have to wear my hair a certain way now because I get paranoid when people can see it. 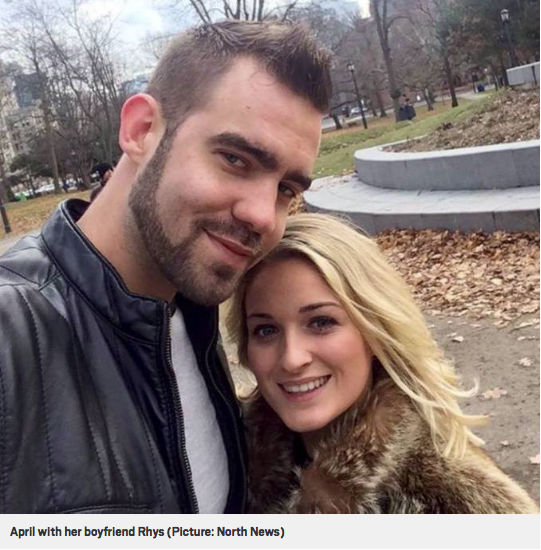 “I had always wanted to go to that city and saw myself living there indefinitely but the attack completely put me off the area and I had to move away because I couldn’t go out and enjoy myself or make friends.

“I felt completely isolated and so we headed back to Ibiza for the summer because it was where we had met.

“Despite the nightlife scene out there, I didn’t feel afraid because I was with Adam.

“Now I know it is over and the guy has been punished, I feel like I can finally move on with my life and get over it.

“Now he has faced justice I feel it is a step forward. I am getting there and hopefully one day soon I’ll feel one hundred percent confident in going out alone.

“I’m only young and I don’t know why Harrison singled me out. In a way I feel as though he has made me miss out on a lot, but I don’t want him to win.

“I’m spending a year in Canada with Adam, I’m living my adventure and he now has a criminal record.”


Previous Danger in The Workplace: Officer Accidentally Tases His Own Partner Doing Takedown

Next Hardcore Gangsta Gets a Taser, Tases Himself... Twitching On Floor (Extreme Language)