It’s a story all military families share. No matter how much two people love each other, when a service man or woman gets deployed overseas, they have to leave their family for a few months. This can be hard on relationships. But more often than not, couples remain faithful despite the trying circumstances. The people who join the military and their family members are often people of value and faith. They cling to the power of community and the love they share with their children and partners.

But bad apples get into the bunch. And that’s what happened when one Marine realized that his wife was anything but faithful to him while he was fighting for freedom and America.

Eager to see a picture of his wife, a Marine asked his friend to pay his wife a visit. And when he did, he snapped a picture and sent it overseas to the hard-working Marine.

But as soon as the serviceman got a good look at the image, he was ready to file for divorce. The picture contained indisputable evidence that his wife was not faithful to him in the least. And if she is careless enough in an image that is being sent to her husband, imagine in what other ways she is cheating behind his back.


If you look closely at the picture, you can see something shocking. And the husband, a trained Marine, knew to look at all the details. You can see a hand reaching out from underneath the bed. 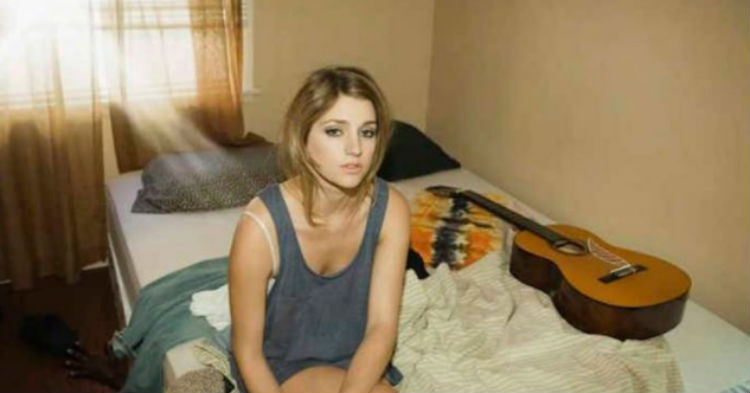 Obviously, the Marine’s wife had a visitor over. And when the friend unexpectedly arrived, “the friend” jumped out of bed and went underneath it.

The post was later reported on HuffingtonPost.de where it went viral. Although some people think it is just a joke or a hoax, divorce papers do not lie.

Couldn’t this woman wait a few weeks until her heroic husband came back from overseas? Or was her itch just so bad that she needed it to get scratched at all hours of the day?

Thankfully, the Marines trained this husband to scour everything for details. And while this training usually saved his life on the battlefield and at war, it also helped save him from a fake marriage. He was able to spot the hand under the bed and expose his wife’s infidelity – even though he was hundreds of miles away at sea. The man had nothing to lose except for a wife who was nothing but bad news and heavy baggage. Thankfully this Marine was able to get away from her before she was able to get more from him and ruin his life because that is probably what would have happened if they had spent anymore years together.

Some people suspect that the image might have been the result of Photoshop. But the divorce papers do not lie. Thankfully, this Marine has distanced himself from the cheating wife. He deserves someone who will wait for him while he fights America’s battles.

Next EXPOSED: New Memo's Reveal Most Profound Conspiracy Theory Might Actually Be TRUE!