Over this past weekend, the police in the ultra-liberal cities of Portland, Oregon, and Berkley, California had to deal with the violent antics of Antifa. The police in Berkely arrested some of these miscreants and shared who these violent people by posting their headshots, crime arrested for, and their names. Of course, Antifa is not too happy about this information being shared publically and began to yell at Twitter for what they say is “doxing”.

I guess they missed the part that this information is already public record, but then again these people are two fries short of a happy meal so why would they know that, right?

Here is more from Daily Caller:

Police in Berkeley, California, released names and headshots of individuals arrested during a Sunday protest, and Antifa and its allies are not pleased.

The Berkeley Police Department published the information for 15 out of 20 individuals it arrested on its Twitter feed to much criticism from left-wing activists, reported The Guardian.

Berkeley police’s tweets included arrested individuals’ names, ages, city of residence, as well as the charge on which they were arrested. 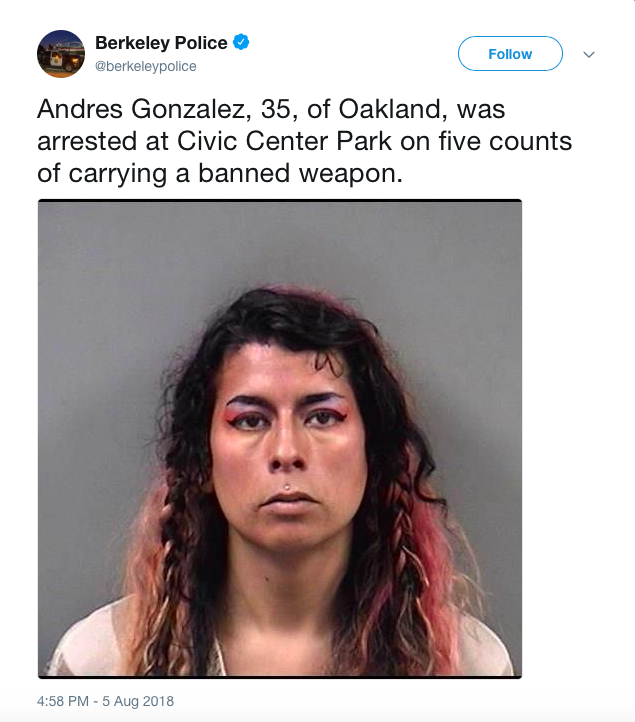 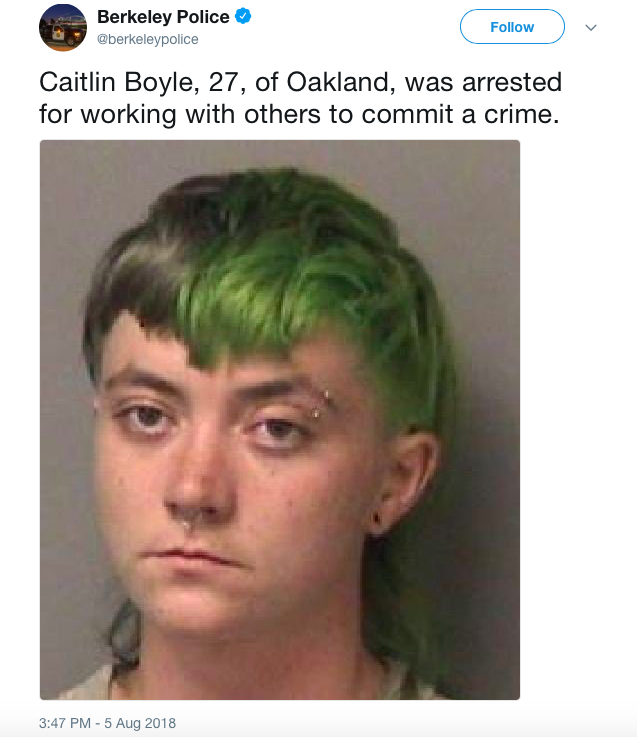 “Hey [Twitter Support], I thought doxing [sic] wasn’t allowed or is it just fine when a ghostskin [sic] does it from an official police account?” Huffington Post contributor Jesse Benn responded to the tweet detailing Gonzalez’s arrest.

When another Twitter user said that individuals not convicted of crimes will have their innocence reflected on public record, Benn replied “do you think the Berkeley pigs will tweet about that as well, dickhead?”

Maybe these idiots will think twice about committing a crime again.