An Illinois woman had her bail set at $25,000 after she was accused of drinking and driving and hitting a school bus Monday.

That means Alyssa L Erickson, 25, of Monmouth Boulevard, would have to post $2,500 to get out of jail.

In setting her bail at $25,000 on Tuesday, Knox County Judge Scott Shipplett told Erickson “it seems kind of high, but then again there seems to be a pattern.” 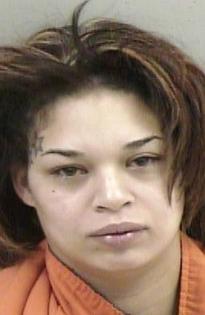 Erickson was charged with the following:

Erickson was arrested after the SUV she was driving struck the rear of a school bus. The school bus driver, school monitor and student on the bus were not injured. There was minor damage to the rear bumper of the bus, but “major damage to the front grill and head lamps” of the SUV, the police report said.

Authorities found cannabis and an open bottle of liquor within the car. Erickson had blood shot and glassy eyes and there was an aroma of burnt cannabis, police said.

She refused blood and urine tests, but failed field sobriety tests during the investigation.

Two children under the age of 6 were within the SUV at the time of the crash.

According to online court records, Erickson has previously pleaded guilty to DUI twice in the last seven years.