Self-described “liberal, feminist lawyer” Lisa Blatt, who voted for Hillary Clinton and is an advocate of Roe v. Wade, sat before the Senate Judiciary Tuesday and gave a more powerful and full-throated endorsement of Brett Kavanaugh than anyone else the entire day.

Lisa Blatt — an attorney and Supreme Court veteran who has argued cases before the court more than any other woman, winning 32 of 35 cases — fully endorsed the Trump nominee, even though she has filed cases against the Trump administration.

In her surprising remarks, Blatt introduced herself as “a liberal Democrat and an unapologetic defender of a woman’s right to choose” and called liberal Justice Ruth Bader Ginsburg her “hero,” and said she voted for Hillary and Obama.

“I’m here today to introduce Judge Kavanaugh and urge the Senate to confirm him as a next associate justice of the Supreme Court,” Blatt said after the previewing of her liberal credentials, saying she received hate from her own party for supporting Trump’s pick. “Judge Kavanaugh is clearly qualified to serve on the Supreme Court.”

Needless to say, the rabid liberal feminists are not too happy with her. 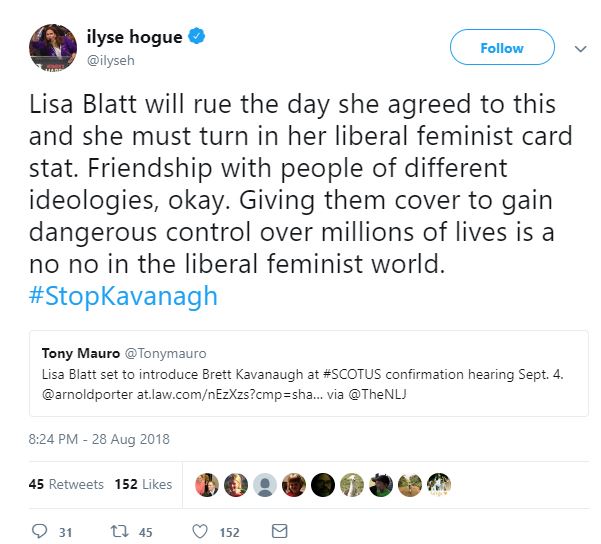 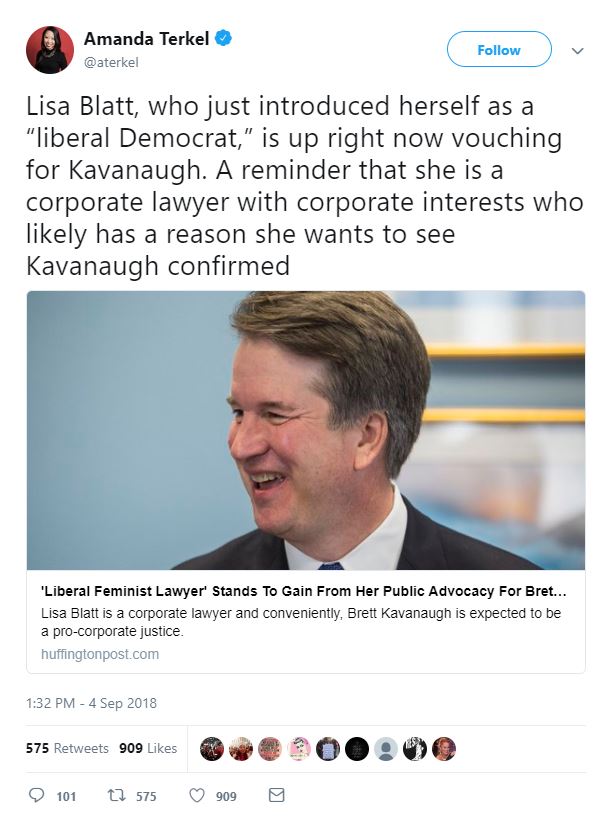 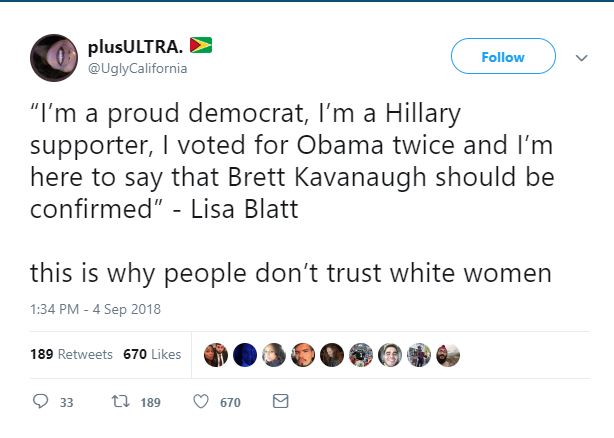 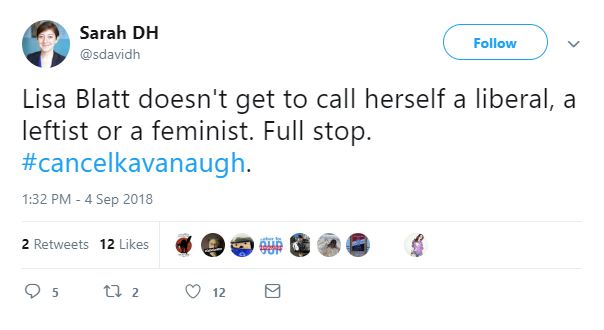 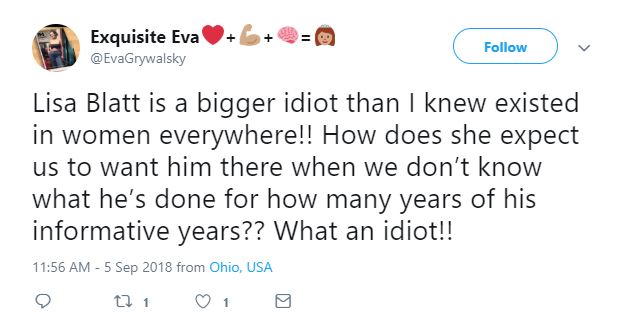