The signs, which were done with professional graphics, were placed in front of homes supporting Republican candidates, including the Secretary of State Kemp, the nominee for governor. 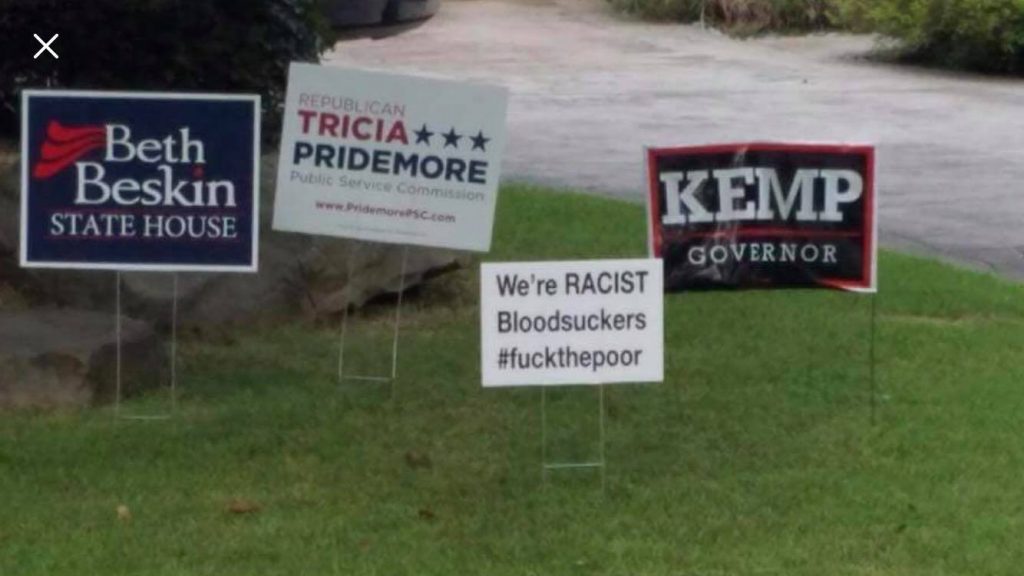 FOX 5 News will not show viewers the total message. The sign labels the occupants of each home as “racists and bloodsuckers”. It also makes the claim the homeowner does not care about poor people.

Trey Kelly, who is white and happens to be a top official with the Republican party, calls the incident unfortunate. He received one of the signs. Kelly believes it may be tied to heated rhetoric in the gubernatorial campaign. But he also said he has no idea who put up the sign in his yard, as well as the yard directly across the street.

Next OMG: Feminists Are NOW Claiming APPLE IS SEXIST For This ABSURD Reason