New Jersey Democratic Sen. Cory Booker is facing accusations of hypocrisy over his calls to delay the confirmation vote of Supreme Court nominee Brett Kavanaugh amid sexual misconduct allegations, as he once admitted groping a friend without her consent in high school.

The senator, who urged the Senate Judiciary Committee to first let the FBI conduct an investigation after California professor Christine Blasey Ford accused the high court nominee of sexual assault over 35 years ago, once wrote an article detailing an instance where he groped a female friend. 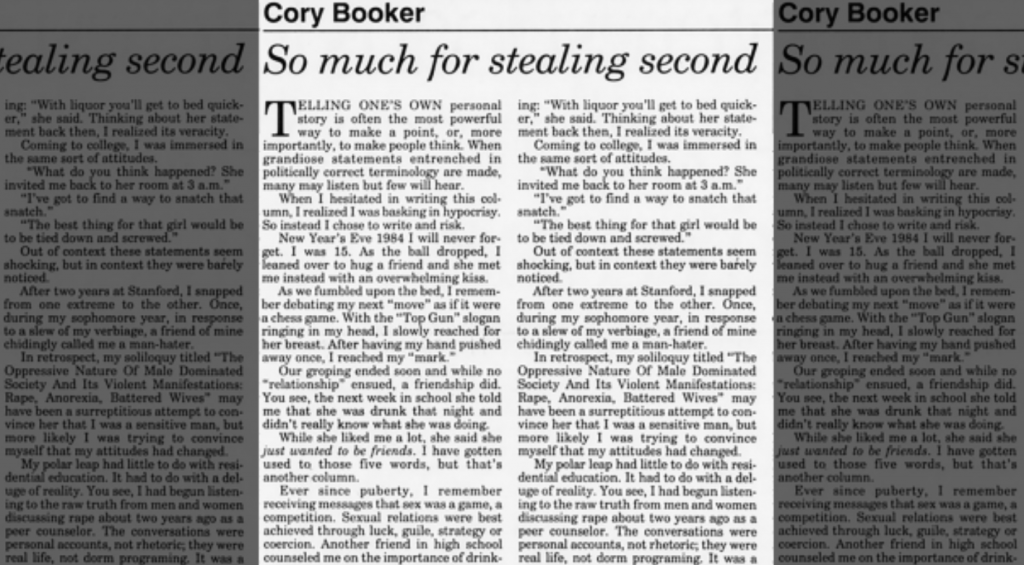 “New Year’s Eve 1984 I will never forget. I was 15. As the ball dropped, I leaned over to hug a friend and she met me instead with an overwhelming kiss. As we fumbled upon the bed, I remember debating my next ‘move’ as if it were a chess game,” Booker wrote in the student-run Stanford Daily newspaper in 1992.

“With the ‘Top Gun’ slogan ringing in my head, I slowly reached for her breast. After having my hand pushed away once, I reached my ‘mark,’” he continued, without explaining what he meant by “mark.”