Hillary Clinton told MSNBC host Rachel Maddow that she believes Dr. Christine Blasey Ford deserves the benefit of the doubt in her accusation that Judge Brett Kavanaugh, President Trump’s nominee for the Supreme Court, sexually assaulted her when the two were teenagers.

Yeah, she actually said that and of course, Clinton began to receive a lot of pushback and rightly so. Remember Juanita Broderick who accused Bill Clinton raping her in the 70’s? Well, Broderick has claimed and maintained that Hillary made a veiled threat to her to keep silent. 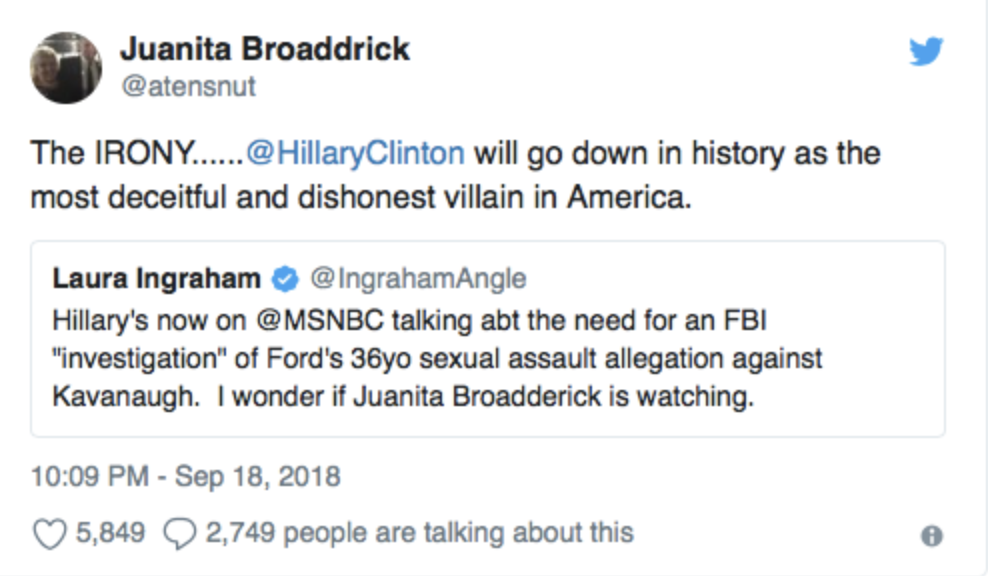 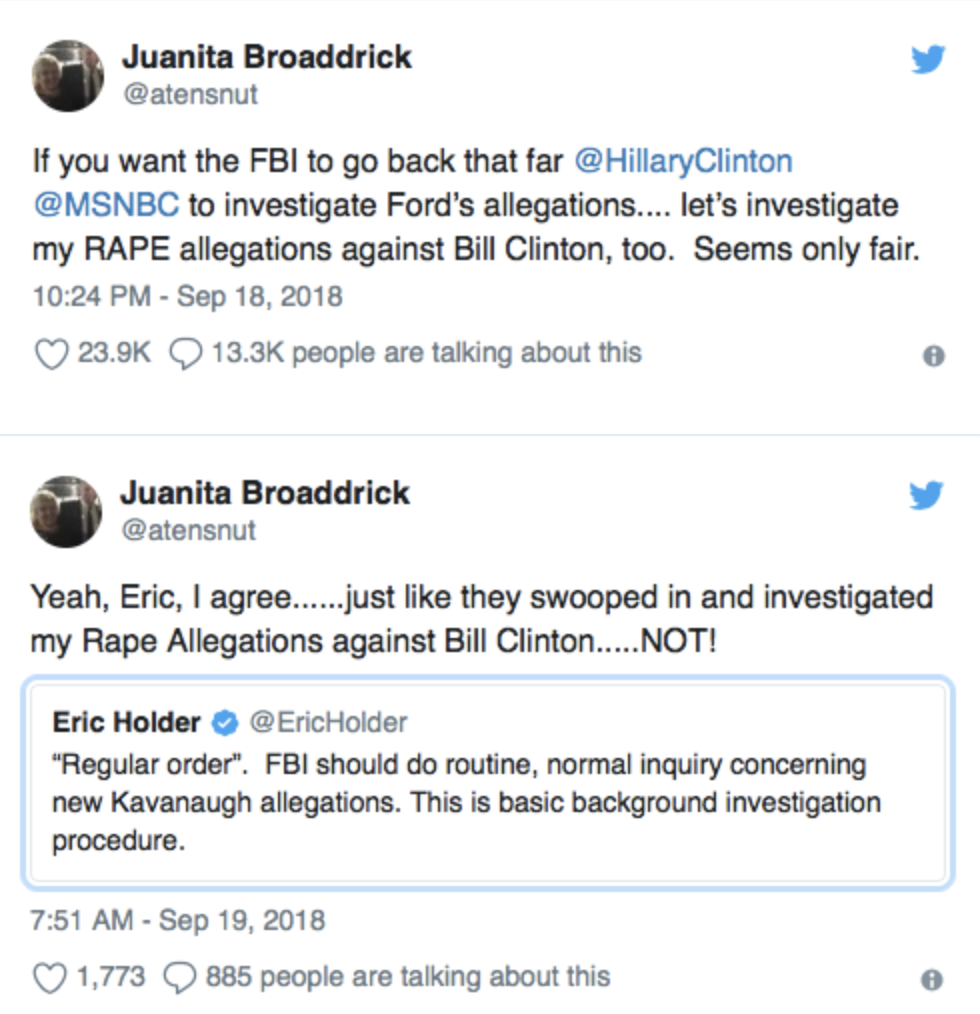 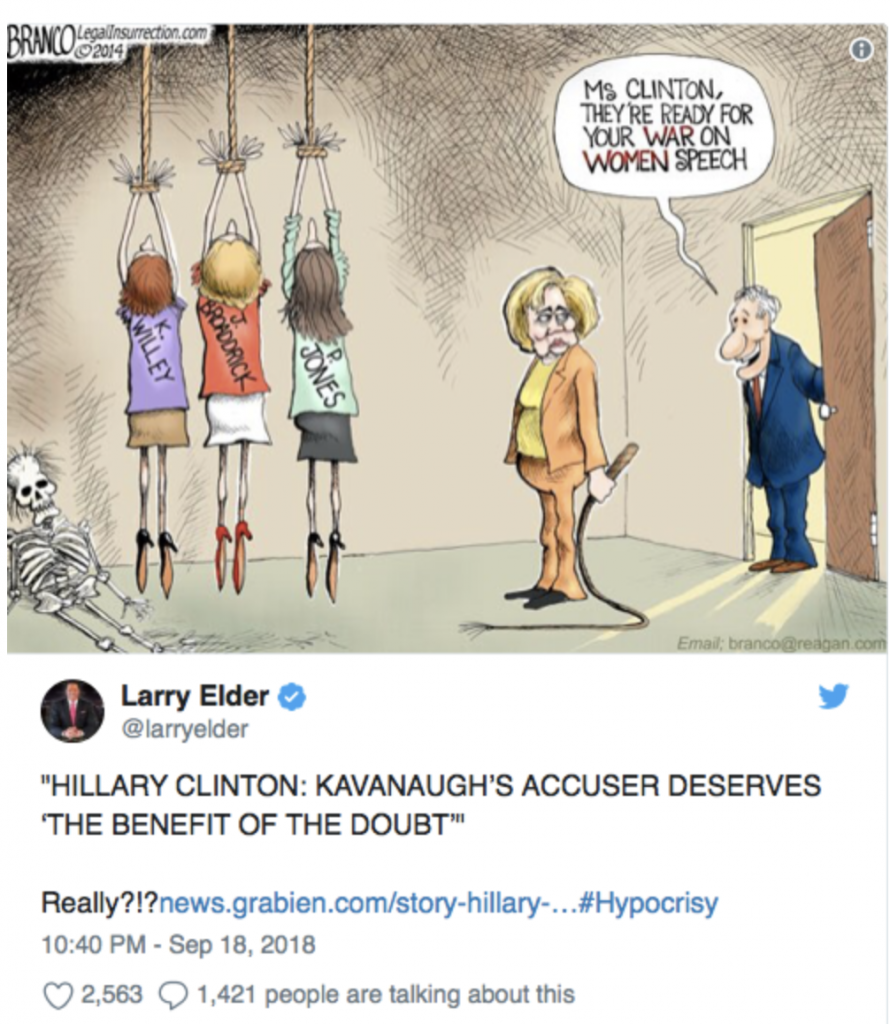 Yeah, how is that for hypocrisy!

Next In Bizarre Twist, Kavanaugh Accuser Now Refuses To Tell Her Story Makes This Demand Instead