The alleged original letter that Christine Blasey Ford wrote to Sen. Dianne Feinstein (D-CA) has just been released by Sen. Chuck Grassley (R-IA). And it immediately raises several questions when you look at it.

Interestingly, while it says to keep it confidential until we speak, it doesn’t say keep the allegation secret and it offers to meet with her which raises the question if Feinstein ever did meet with her. 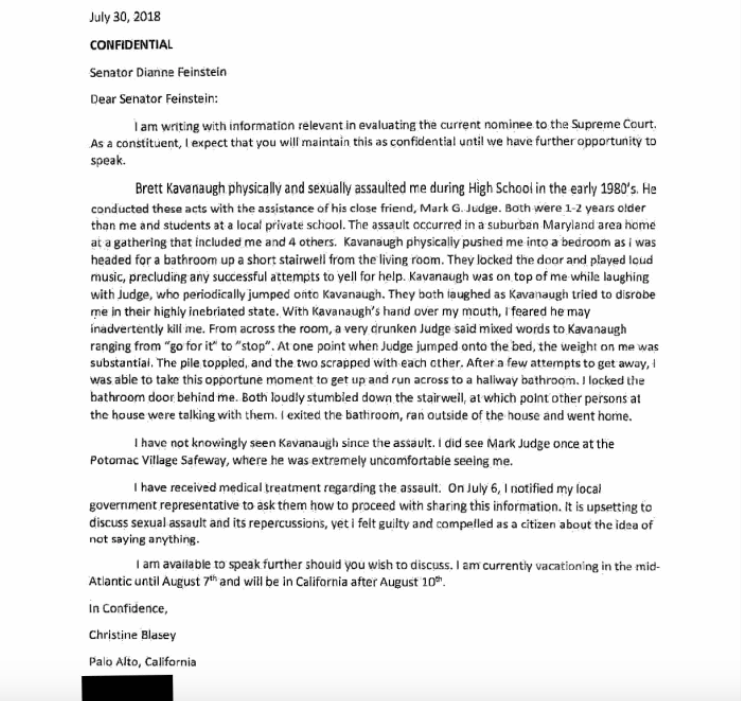 
Previous Are You Kidding Me?! Second Kavanaugh Has This To Say About Testifying Now

Next Life Expectancy Decreases Again But There Could Be HUGE BIG Reason---Why Isn't This Being Talked About?