This wasn’t enough for Dr. Fair, she said once the white Republican Senators die miserable deaths, their corpses should be castrated and fed to pigs. (screenshot below in case of deletion)

Last week, Christine Fair went on a profanity-laced tirade against Kavanaugh, calling him a “rapist” and “perjurer.” She described the Republican party as a “f*cking death cult” and “filthy swine.”

CHRISTINE FAIR TWEETED: “Look at thus (sic) chorus of entitled white men justifying a serial rapist’s arrogated entitlement,” she wrote. “All of them deserve miserable deaths while feminists laugh as they take their last gasps. Bonus: we castrate their corpses and feed them to swine? Yes.” 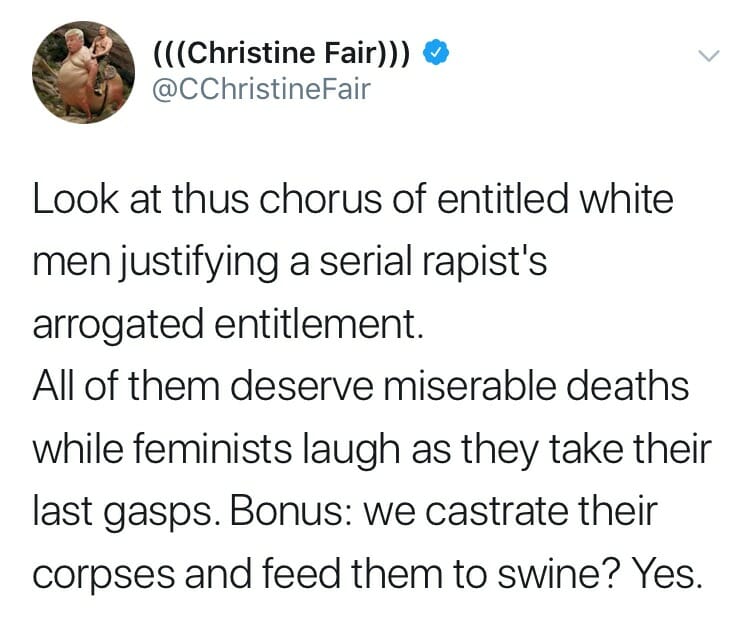