The left has been screaming that they need to see the FBI report on Kavanaugh so they can see the evidence against him. Well, well, well, as we already knew, the FBI found nothing against Kavanaugh and  Senator Grassley said the same thing in this statement published below.

“There’s nothing in it that we didn’t already know,” Grassley states. “These uncorroborated accusations have been unequivocally and repeatedly rejected by Judge Kavanaugh, and neither the Judiciary Committee nor the FBI could locate any third parties who can attest to any of the allegations. There’s also no contemporaneous evidence. This investigation found no hint of misconduct and the same is true of the six proper FBI background investigations conducted during Judge Kavanaugh’s 25 years of public service.” 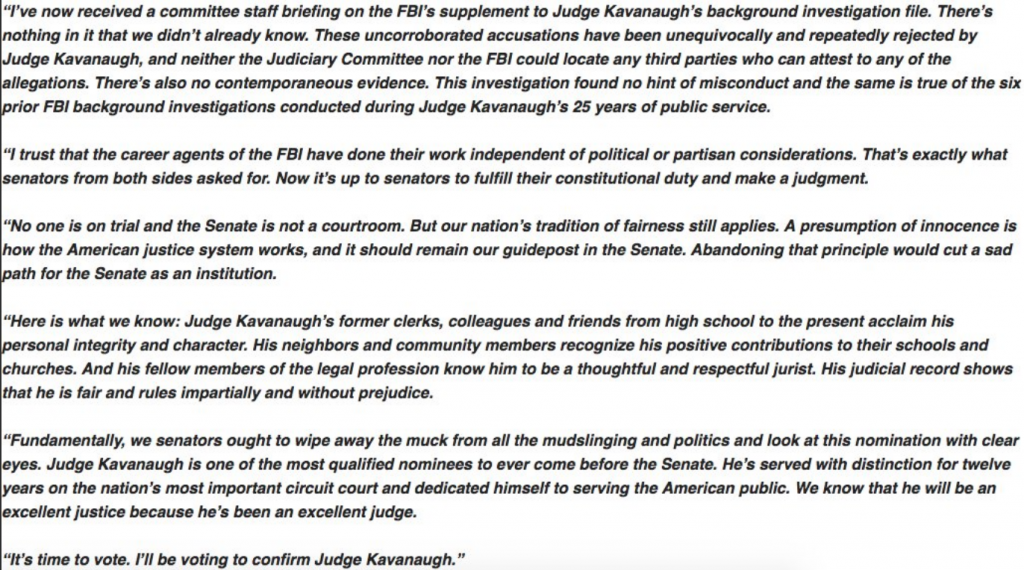 You can hear liberals heads exploding already, can’t you?

Next [VIDEO] ANONYMOUS: 'Remember, Remember, The 5th Of November'