A Minnesota special education teacher has resigned after she posted a message on Twitter exhorting her followers to kill Supreme Court Justice Brett Kavanaugh.

The teacher, identified by multiple social media users and local outlets as Samantha Ness, had been placed on paid administrative leave after the message was widely shared online.

Mark Zuzek, the superintendent of Independent School District 917 in Rosemount, confirmed that an employee whom he did not identify had voluntarily resigned and is no longer employed by the district.

“The actions of the employee did not occur at school, and there were no school devices, equipment, or other school staff involved in the actions,” Zuzek added. “At no time were students or staff in danger.” 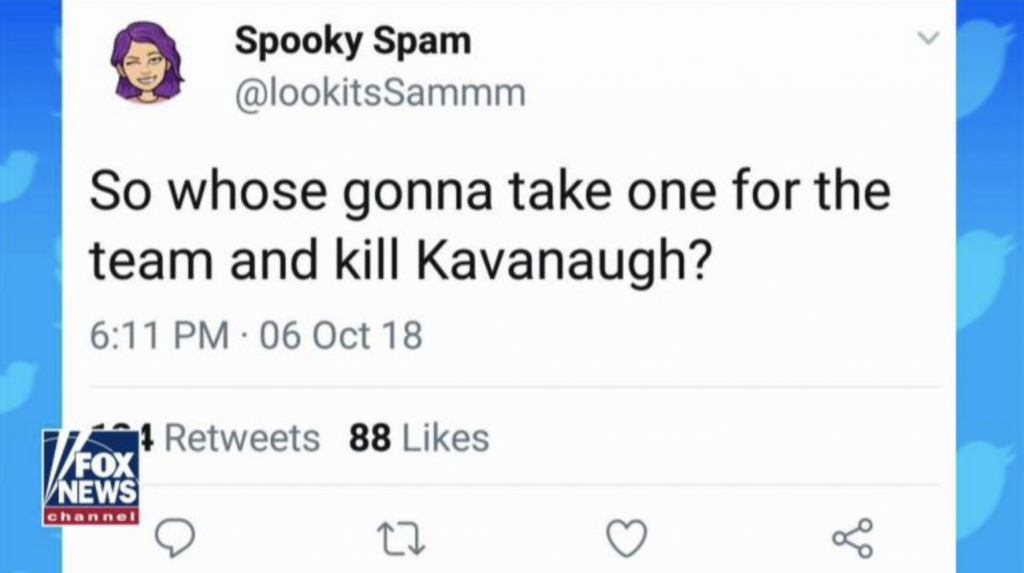 The tweet, which read: “So whose [sic] gonna take one for the team and kill Kavanaugh?” was posted from the account @lookitsSamm on Saturday, hours after the Senate confirmed Kavanaugh, 50-48. The judge was sworn in that same day as the high court’s 114th justice after a bruising confirmation fight highlighted by allegations of sexual misconduct dating back to his high school and college days in the 1980s.

A second tweet from the account, which was later deleted, read: “Brett kavanaugh [sic] will be dealing with death threats for the rest of his life being on the Supreme Court. I doubt my mid-west [sic] ass is a real threat.”