Yesterday, there were multiple suspicious packages sent to various prominent Democrats including the Obamas, the Clintons, Eric Holder, Maxine Waters, George Soros and to John Brennan at CNN. Some appear to have been sent through the mail and others appear to have been hand-delivered.

And sharp-eyed people picked up something else, what looks like the ISIS flag tucked into the device. 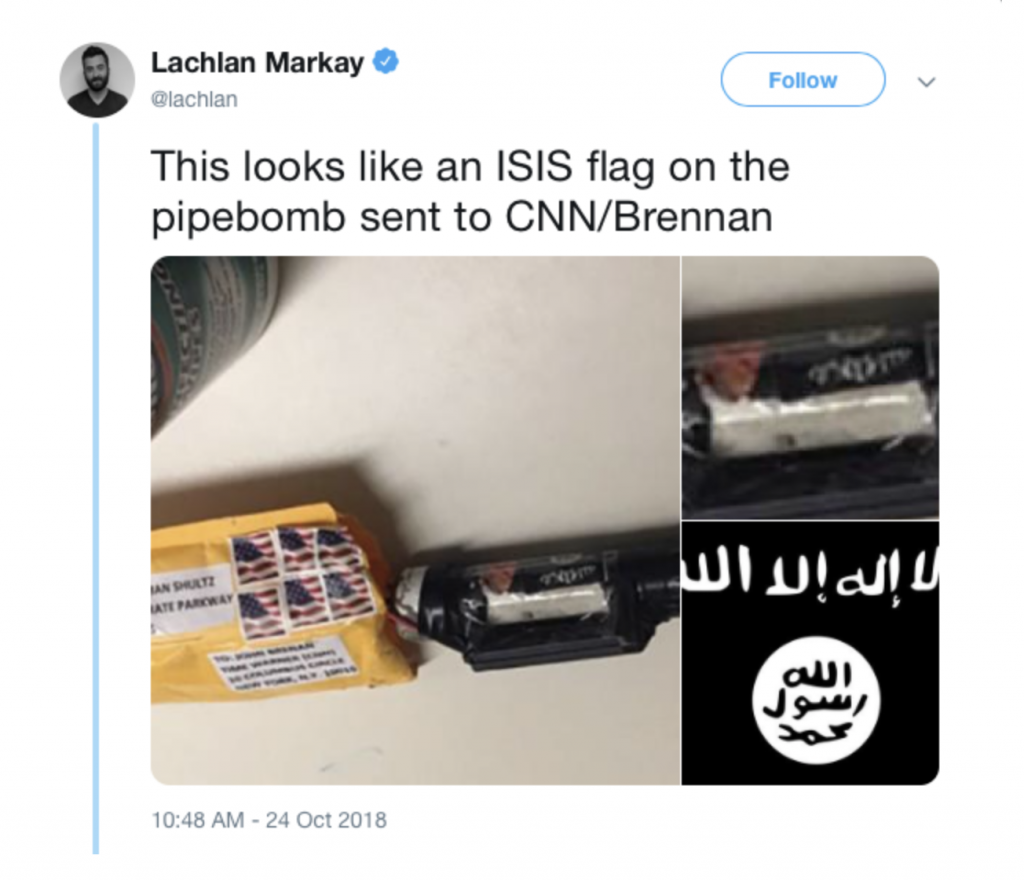 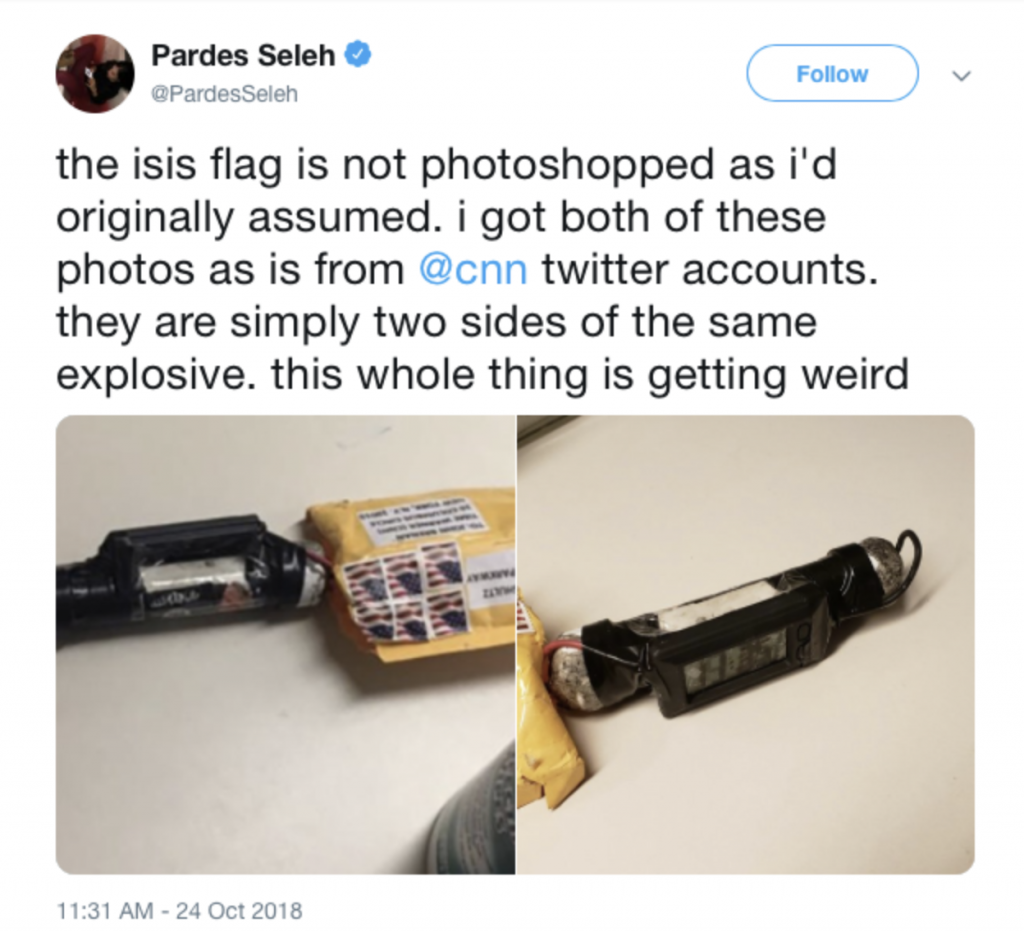 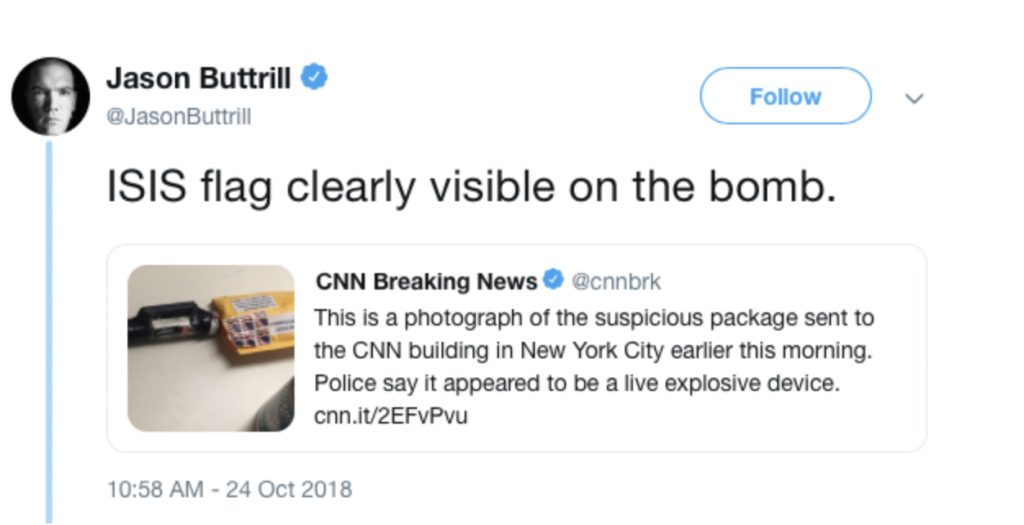 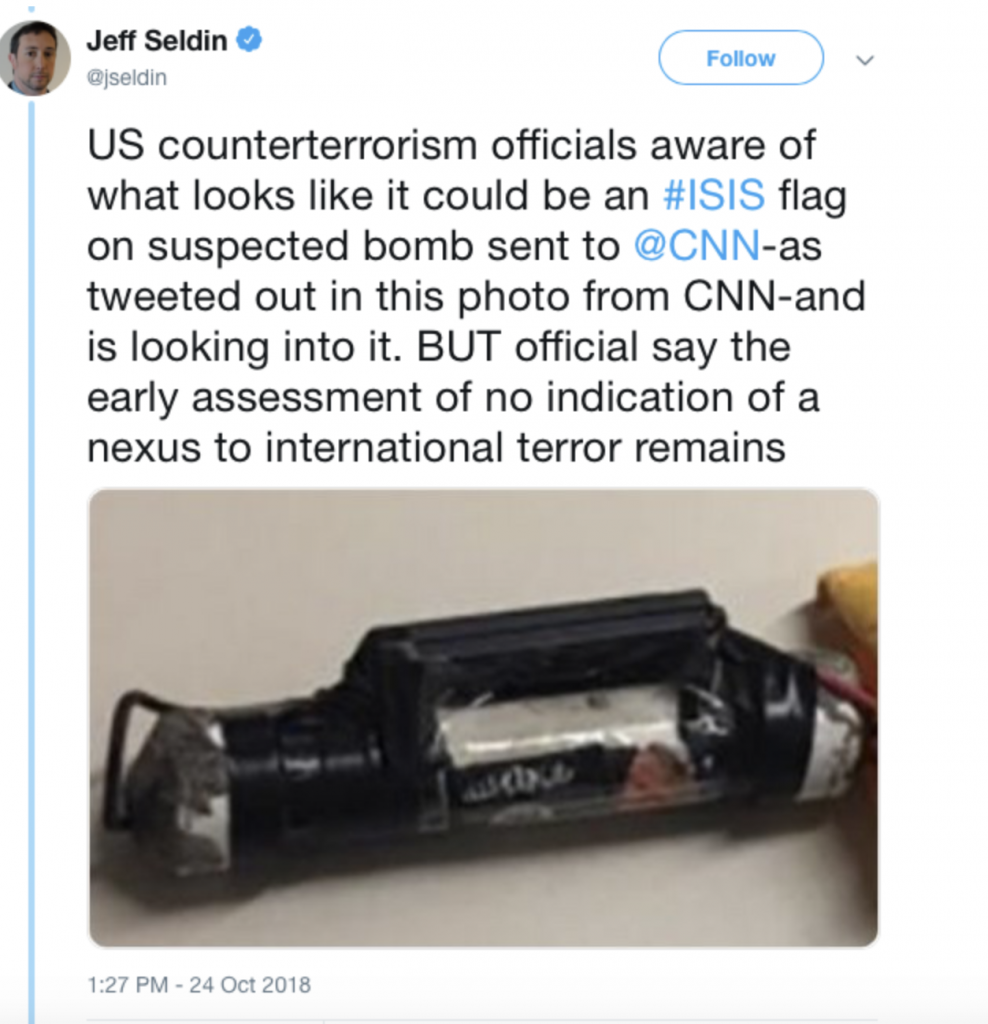 Now, they are people that are suggesting that this an ISIS parody flag and they could very well be correct.


Jason Buttrill, who is an also former intelligence analyst for the Department of Defense, made some observations. 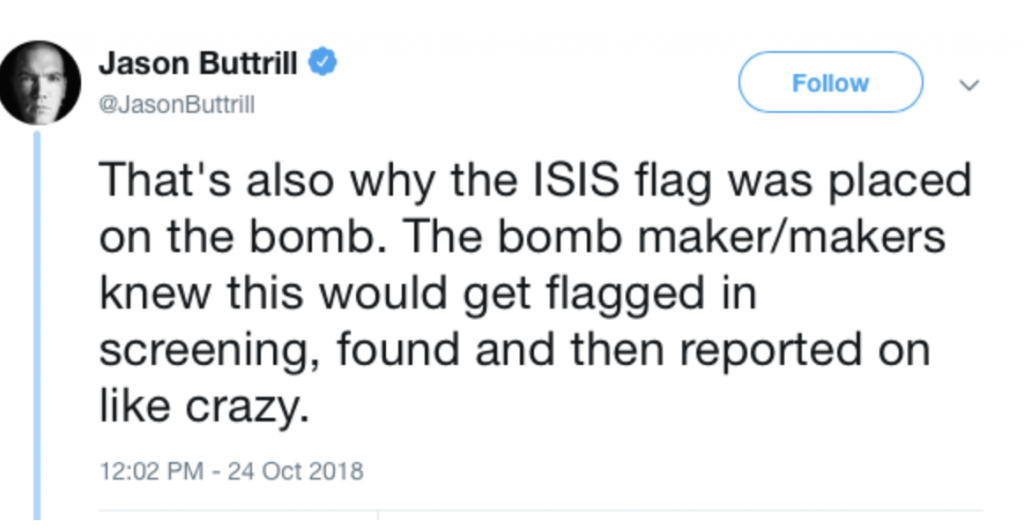 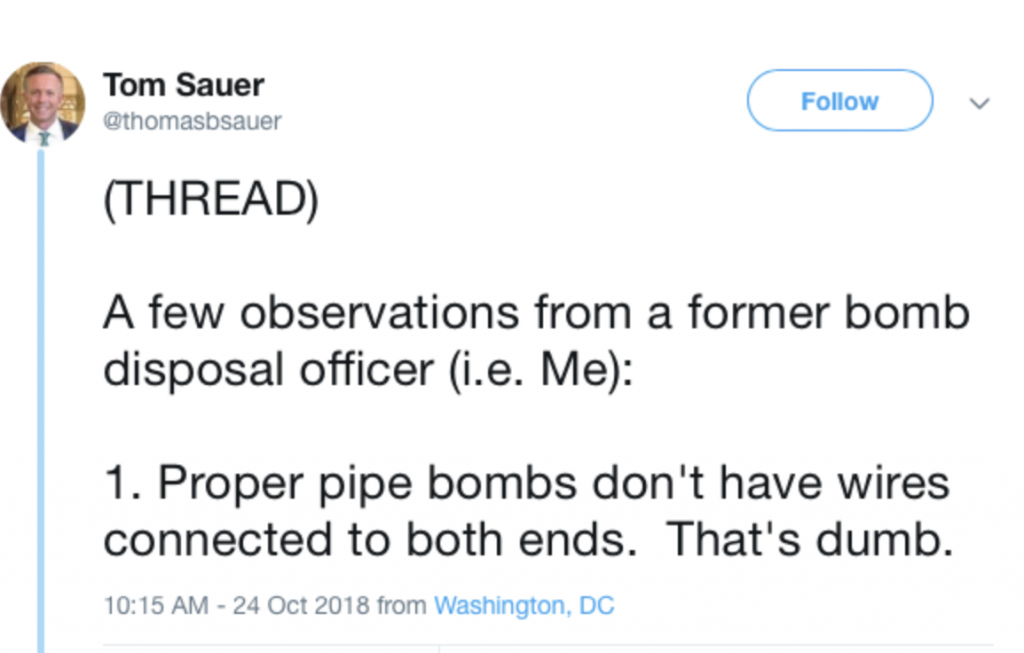 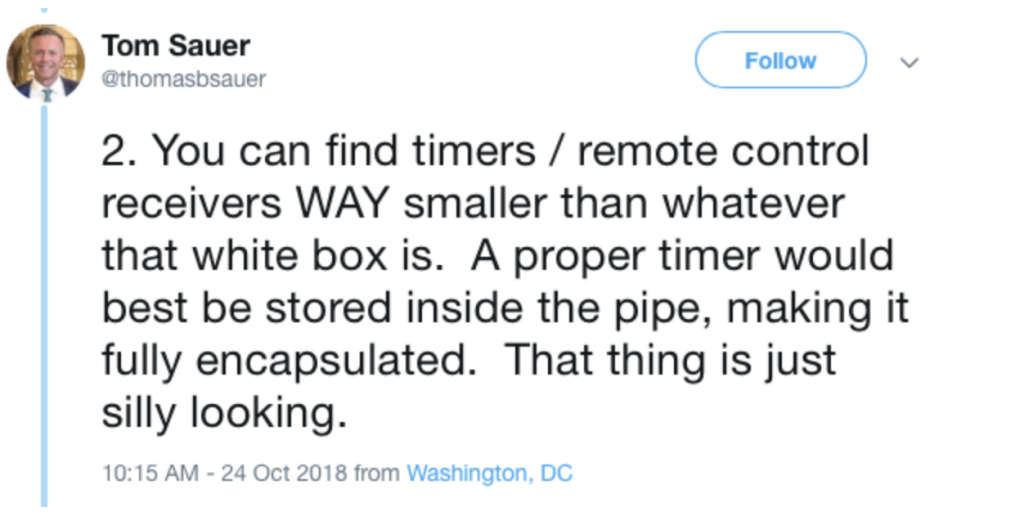 Next VIDEO: Trump Trolls Obama With 2005 Speech And It Is AWESOME