The latest example comes from St. Augustine High School in Florida, where a student was taking an advanced English vocabulary exam and found the wording to be explicitly anti-conservative. He took a photo of the question and sent it to his mother, Reanna Parham, who spoke to WKMG News 6 about the incident.

On a list of 16 questions, which contained sentences with a blank space where a vocabulary word fit, question 7 read:

Right when it appeared the nation was becoming increasingly tolerant of alternative lifestyles, immigration, and minorities, the vocal and angry right wing forced the nation to make a complete ________, embracing bigotry, xenophobia, and sexism.

Parham’s son, Logan, who is a founding member of St. Augustine’s Republican club, told News 6 that “the words that they used seemed to be very degrading words.” He sent a photo of the question to his mother, who said she had to “read it twice.”

She then said she posted the photo to Facebook to see if anyone else agreed that the post was out of line. Many of her friends did and shared the post themselves.

“It leads people to believe that anyone who leans toward the right – they’re a sexist or racist or a bigot,” she said. “That happens a lot of times. We hear those kinds of things. We are not, and this doesn’t help.” 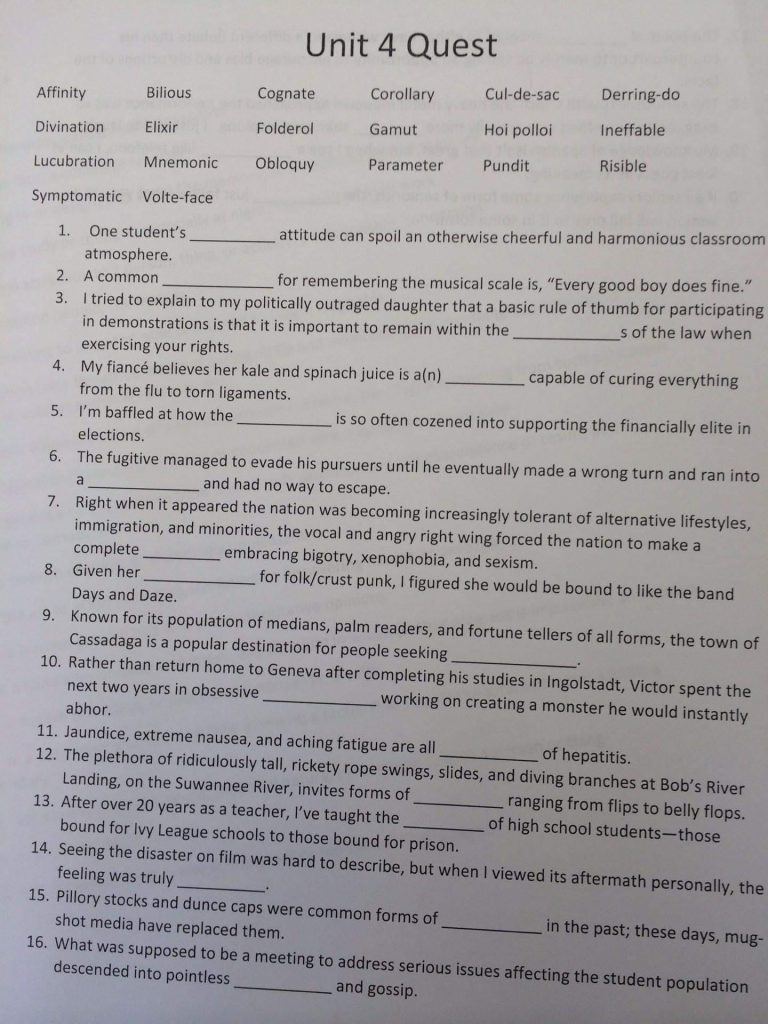 A spokeswoman for the school, Christina Langston, told News 6, “The school’s administration was not aware of the content of the test specifically, and have addressed this internally,” but wouldn’t provide details on how it was being dealt with. She also said parents could call the school directly with any issues like this and that such problems could be resolved quickly.