A lot of people were wondering how long Jeff Sessions would last after the midterms and it appears we do not have to wait too long for that answer.

Less than 24 hours after the elections Jeff Sessions resigned and his replacement is still up in the air but we are sure it will be a good one. 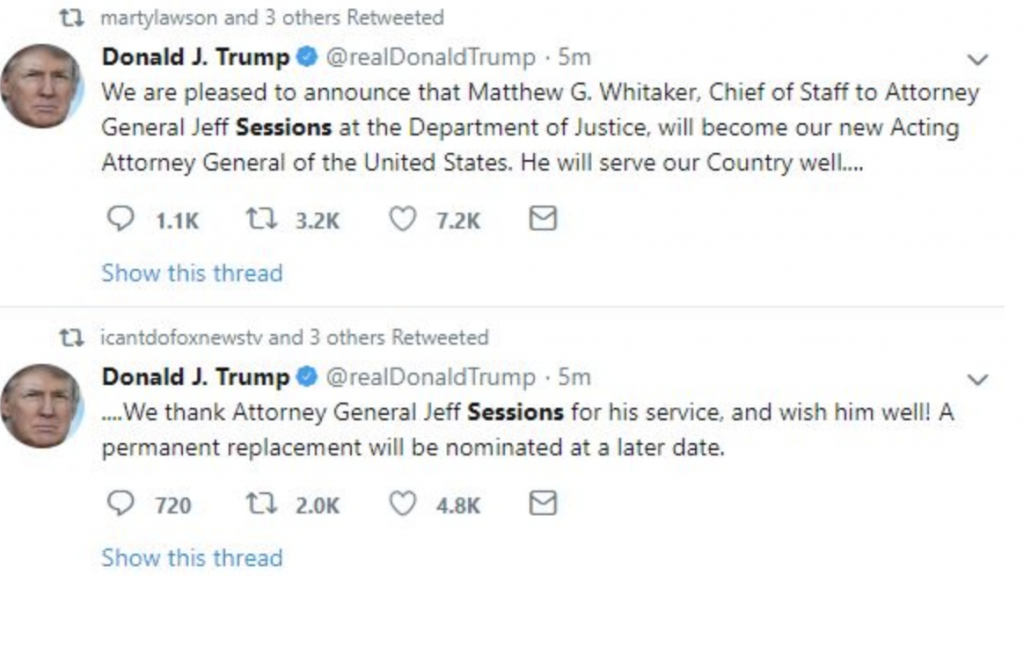 Of course, many people are happy that Sessions is gone and that if for good reason, but let’s just try to be fair. Sessions has accomplished some very good things when it comes to fighting MS-13 and immigration, and he was a MAGA guy through and through.

Sessions’ work to stop illegal immigration doesn’t end at the border. In July 2018, Sessions added new restrictions on asylum seekers arriving in the U.S. because they faced “credible fear” back in their home country. (The Obama administration had reduced the “credible fear” threshold back in 2009, which led to a 1,675 percent increase in the number of people claiming asylum at the U.S.-Mexico border.)


Immigration isn’t the only area where Sessions is trying to fulfill Trump’s policy goals. On the opioid crisis, the attorney general has put transnational gangs that funnel opioids from Mexico to the U.S. in his crosshairs. Sessions formed a taskforce in mid-October and designated MS-13, Cartel de Jalisco Nueva Generacion, Sinaloa Cartel, Can del Golfo, and Lebanese Hezbollah as transnational organized criminal groups. The taskforce plans to combine government agencies’ resources to disrupt drug traffickers and human smugglers.

Aside from immigration and gangs, Sessions has tackled affirmative action by going after Harvard’s discriminatory practices against Asian-American applicants, created a religious liberty taskforce to ensure that First Amendment rights aren’t trampled on, and became the highest-ranking member of Trump’s Cabinet to speak against activist judges and judicial encroachment.

Now the question becomes who will replace Sessions? During his press conference on Tuesday, Trump hinted that he’d be open to one of Tuesday’s losers joining his team.

Could that mean Kris Kobach?

Next Liberals Everywhere ‘Literally Shaking’ After Beto Is Defeated by Cruz