We’ve all seen the media’s incredible bias towards Christianity. They frequently attack honest, God-fearing Christian folk for their beliefs, accusing them of being every name in the liberal playbook—bigots, racists, and fear mongers. Lesser known however, is the media’s favoritism towards radical Muslims.

Everywhere you look, the “Religion of Peace” is being portrayed in a positive light. After every single terrorist attack, CNN is quick to leave out the ethnicity and religion of the attackers, so as to not offend radical Muslims or tell people the truth—meanwhile they show faked footage of Muslims at a peace protest.

One thing that the media will NOT show you however is the hundreds of Muslims that just erupted in violence and began rioting throughout the streets of Brussels. The media wants to portray refugees and Muslims are peaceful women and children, who only want to escape violence—when in reality they often create it.

Leftists and radical Muslims are a strange combination at first glance, but when you look further you’ll see that they actually share the same goal. Both radical followers of the Islamic faith and the far left share the same end goal for Western Civilization: complete and utter destruction.

The left hates America and all of the West, because they believe it’s an oppressive patriarchy built on racism and hatred, so they put on a fake guise of being virtuous and tolerant, but conservatives know the truth. Leftists are importing thousands of unstable, violent, and unvetted immigrants, to destabilize and eventually destroy our nation.

Take what just happened in Brussels, for example—after learning that Morocco had qualified for the World Cup, hundreds of Muslims flooded the streets, broke windows, started fires, and began assaulting innocent people. Yet of course the media is dead silent about it, because it doesn’t fit their image of peaceful Islam.

Imagine what would happen if hundreds of Christians or white men flooded the streets of New York City, and began lighting fires and smashing windows—the media would be in a complete UPROAR! They would be crying about racism and hatred and telling us about how all Trump voters are evil. 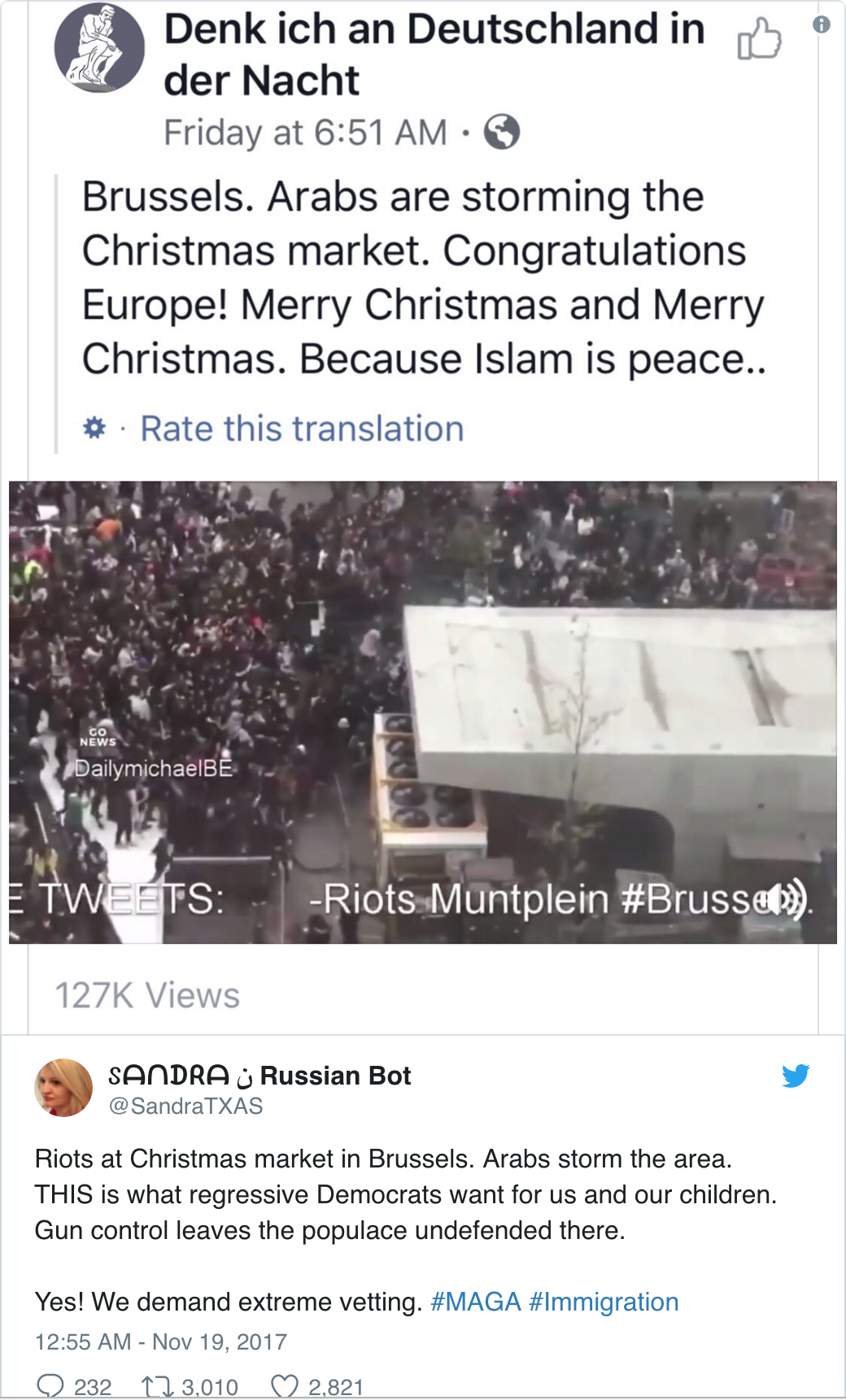 Yet when hundreds of Muslims do the exact same thing, the media is dead silent. CNN, MSNBC, and even Fox News to an extent won’t even dare touch this footage for fear of liberal and Muslim retaliation. That’s why it’s so important for us, the people of America, to share the news of this Muslim riot by word of mouth.

THIS is what regressive Democrats want for us and our children. Gun control leaves the populace undefended there. 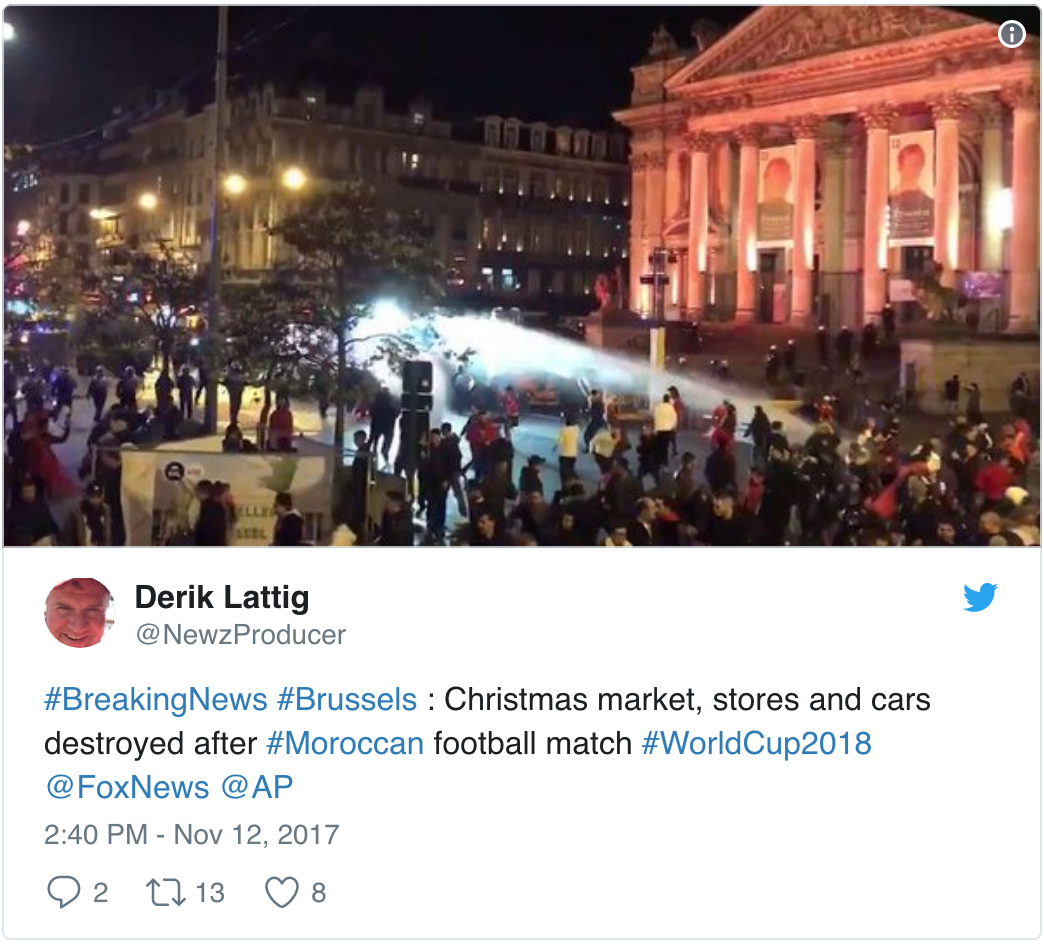 This is the face of multiculturalism. It’s not some beautiful, pie-in-the-sky fantasy where everyone lives amongst one another happily ever after—it’s a clashing of cultures, and a war of ideologies which the media refuses to acknowledge. That’s why it’s all the more important for us to spread the truth.