Kamala Harris just had her 2020 hopes dashed by a single brutal but accurate meme that has gone viral. 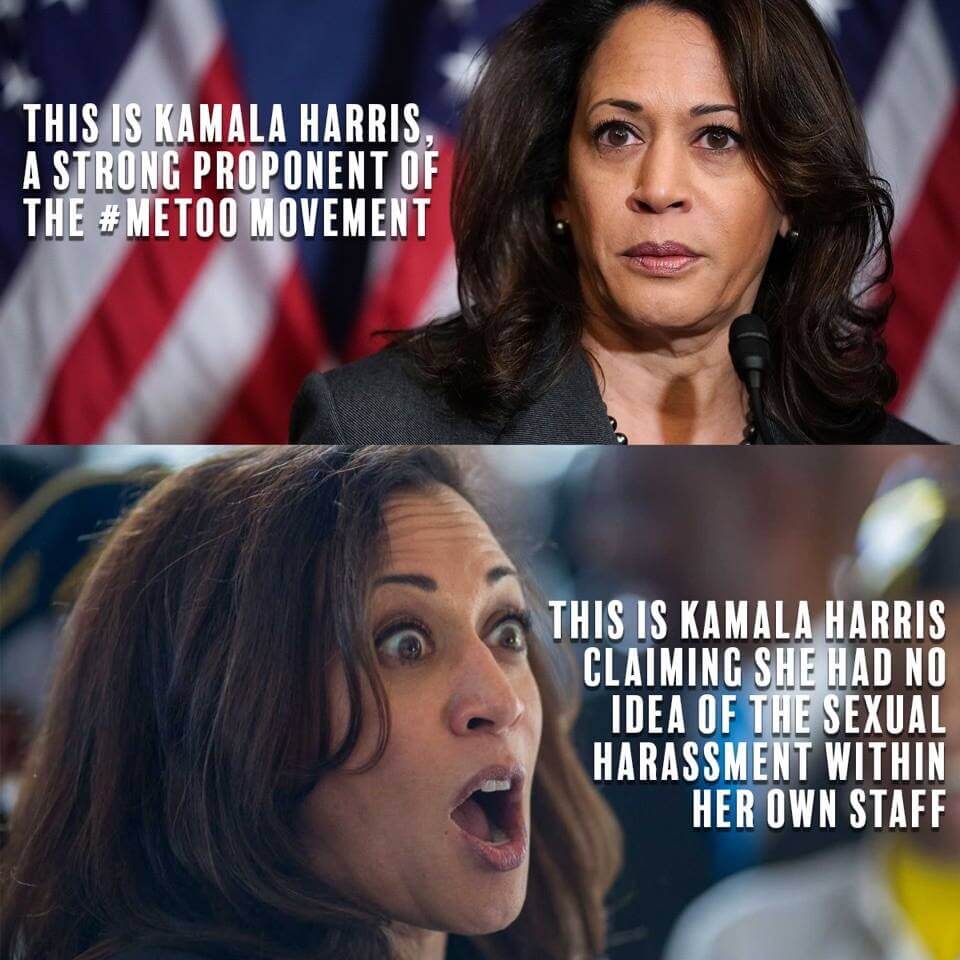 When news broke that the California Department of Justice settled a $400,000 sexual harassment settlement involving one of her longtime staffers, Larry Wallace, Harris was supposedly stunned.


The senator didn’t know that Wallace preyed on a female executive at the California Department of Justice while Harris was attorney general in 2016. The senator was similarly oblivious to the fact that Wallace was still a defendant in a lawsuit the next year when she decided to bring him to Washington to serve as a senior adviser.

“We were unaware of this issue and take accusations of harassment extremely seriously. This evening, Mr. Wallace offered his resignation to the senator, and she accepted it,” spokeswoman Lily Adams wrote in an email to the Sacramento Bee.

This would be more believable if this was an isolated incident of ignorance. Unfortunately for Harris and her presidential hopes, she has a habit of know-nothingness: Things would go bad, the headlines would be ugly, and California’s top cop would insist on her own obliviousness.

When her lawyers argued against releasing nonviolent prisoners from overcrowded prisons in 2014, then-Attorney General Harris said she didn’t know. Her team argued in court that prisoners needed to remain in prison because California couldn’t spare them. They needed the incarcerated to stay incarcerated lest the state run out of forced labor to fight forest fires.

We should start investigating her high school yearbook to see if she has a history of having sex offenders around her.

For years, one of Democrat Kamala Harris’s top advisers kept his job despite allegations of sexual harassment and a $400K settlement.

Harris, who claims to fight for women, only fired him yesterday after it was about to be exposed.https://t.co/gbURHWPW9C

And @KamalaHarris knew “nothing” about it. https://t.co/8dNswAXVSD

.@KamalaHarris employs a known and admitted sexual predator. Does #MeToo not apply to Democrats?


Previous After Ocasio-Cortez Is Slammed For Her Anti-Israel Stance, She Now Claims She is Partly Jewish