As Reported by: STEVEN AHLE| According to US law, no private citizen may meet with a foreign power to negotiate a deal. Since Kerry was working directly against US policy and trying to sabotage the elected government the charge of treason would apply.

The chairman of the House Permanent Select Committee on Intelligence is calling for former Secretary of State John Kerry to be the very first person ever arrested under a constitutionally dubious 1799 law.

Congressman Devin Nunes (R-CA) made his demand to imprison the former Massachusetts Democrat under the Logan Act, which could theoretically result in three year in federal prison.

The allegations followed a new Boston Globe report on former Secretary of State Kerry working to save the Iran nuclear deal.

“LOL, such hypocrisy…the left did not consider the Logan Act a “dubious” law when they were going after @GenFlynn
and the Trump transition team in 2016- and yes @DevinNunes is correct: ‘Send in the G Men’ – calls for John Kerry to be arrested by the FBI” 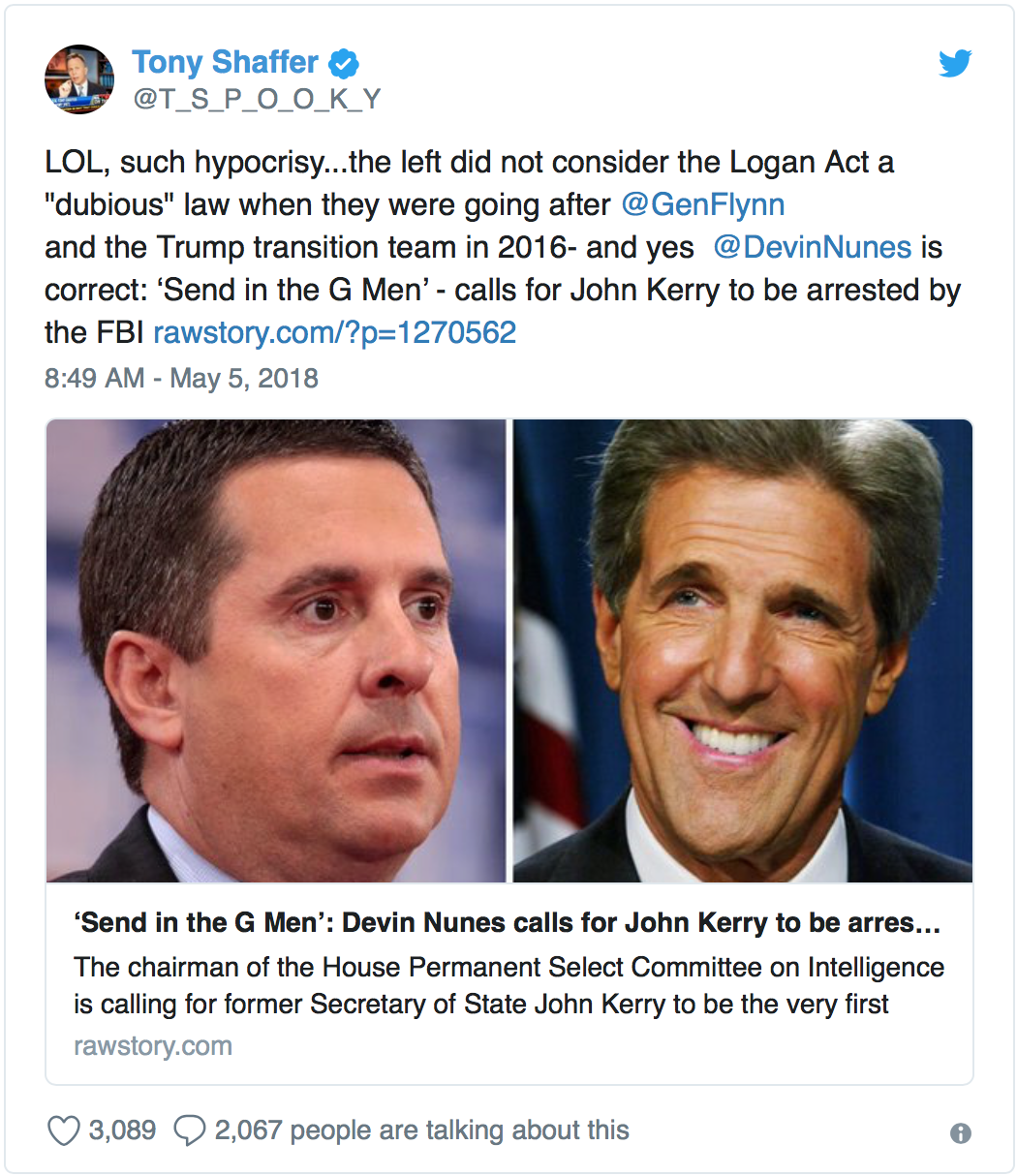 Here is the text of the Logan Act:

This section shall not abridge the right of a citizen to apply himself, or his agent, to any foreign government, or the agents thereof, for redress of any injury which he may have sustained from such government or any of its agents or subjects.

Who has the authority?

[The President] shall have Power, by and with the Advice and Consent of the Senate, to make Treaties, provided two thirds of the Senators present concur…

“[T]he President alone has the power to speak or listen as a representative of the nation. He makes treaties with the advice and consent of the Senate; but he alone negotiates. Into the field of negotiation the Senate cannot intrude; and Congress itself is powerless to invade it. As Marshall said in his great argument of March 7, 1800, in the House of Representatives, ‘The President is the sole organ of the nation in its external relations, and its sole representative with foreign nations.’

John Kerry is not the president and should be arrested without delay.


Previous Octomom Blames Her Doctor For Misleading Her, And Now She Has To Raise 14 Children By Herself

Next 8 OF The Most Revealing Selfies Taken By Models [PHOTOS]