Back in 2009, Nadya Suleman grabbed headlines after becoming pregnant with octuplets and later giving birth to the six boys and two girls she conceived via in vitro fertilization. She became known in the media as Octomom, with stories focusing on this unique pregnancy. In a recent interview with The New York Times, Suleman shared more about her pregnancy, the media attention, and her hectic life with 14 children.

Of her octuplets, she told the newspaper, “They’re the only surviving eight octuplets in the history of mankind.”

She lives with her 14 children in a three bedroom townhouse in California, with the kids eating in shifts and some sleeping on the couch to help with the space limitations. 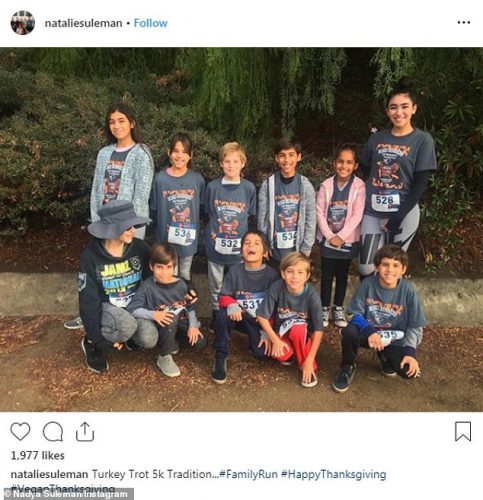 Suleman also addressed how she believed she “was mislead” by the doctor, sharing that she was implanted with more embryos than she was aware of and had only wanted twins. The doctor, Dr. Kamrava, has since lost his medical license in the U.S. and left the country.


The pregnancy, she explained, left her with many painful injuries, as her stomach stretched so much that it broke her ribs. She added, “My back is broken because of the last pregnancy. I have irreparable sacral damage. And I have peripheral neuropathy. I haven’t felt my toes on my foot on the right side for many years, and my fingers are numb all the time every day. The pregnancy caused it.”

Suleman also explained that she “never wanted the attention” that she got because of her pregnancy and large family.

With that many children, they have very busy days, beginning at 6:20 a.m. She takes the kids to school and afterwards they help with chores and cooking, and bedtime is 8:30 p.m. According to Suleman’s 16-year-old daughter, Amerah, it’s very rare that her mom takes all of the kids out. Amerah noted how it’s stressful, sharing: “She’ll get anxiety, everyone staring, so she’ll take whoever’s behaving the best. There’s ups and downs.” 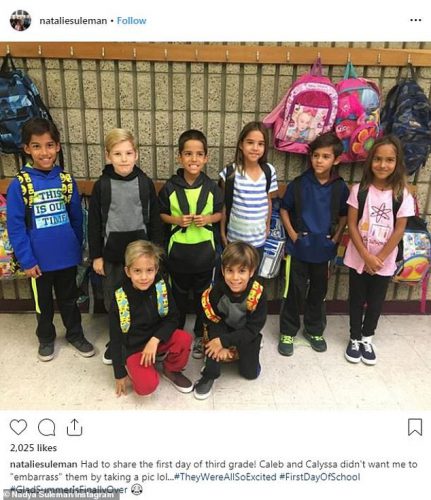 Among the many comments left on social media about Suleman’s interview were those who judged her, but some remarked that they were pleased that the chidren were doing well.

One commenter noted: “I honestly thought she was having all these children for the wrong reasons (fame, money, plastic surgeries and reality shows)… if the reason she didn’t get all that was discrimination, I’m happy to hear they are doing fine living on welfare. One more reason to believe the program works. Happy to pitch in to see these kids thriving and living a simple life. Having children changed her life for sure!… Merry Christmas Octomom to you and your children.”

Another person recalled seeing a Dr. Phil episode about the octomom back in the day, sharing how “something he said resonated with me,” and “I agreed wholeheartedly. He said ‘Whatever we think of their mom or her actions, these kids are innocent, let’s not throw them under the bus.’ I’m glad the family is doing well.”

One commenter simply noted: “I’m glad it seems to be turning out better than most of us thought it would.”


Previous His Wife Refused To Have Sex With Him, So He Took It Out On Their Newborn Baby