Christmas is an oddly new national holiday. The bill that made Christmas a holiday wasn’t passed until 1870, signed by President Ulysses S. Grant.

The New York Daily News’s Ron White explains how Christmas went from being a little-celebrated affair to the national holiday we know today. 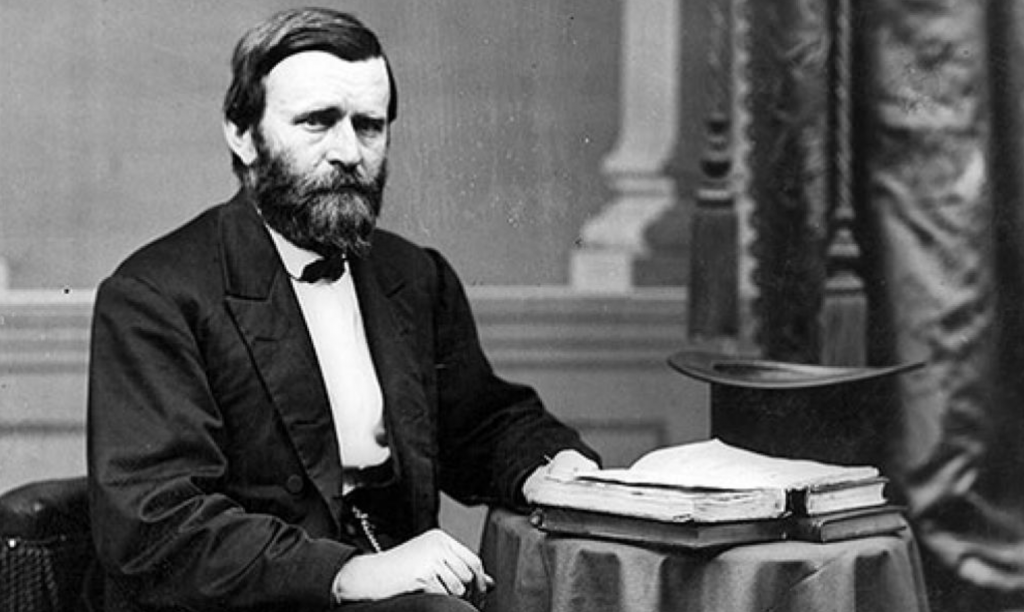 We take Christmas as a public holiday for granted, even in our increasingly multi-religious and non-religious world. In a year of degraded public discourse, the story behind its legal place in our calendar can shine a light on an American leader who offered as his presidential campaign slogan: “Let us have peace.” President Ulysses S. Grant signed a proclamation making Christmas a national holiday on June 24, 1870.

The story behind his signing is filled with paradox.


The Pilgrims who first came to a new England did not celebrate Christmas. Their memories of Christmas in the old England they left behind were of a season of decadence and debauchery. Nearly two centuries later, in the first year of the new United States, Congress met in session on December 25, 1789 — certainly not a holiday.

In the early decades of the 19th century Americans began to reimagine Christmas, turning it into church- and family-centered celebrations. Charles Dickens published “A Christmas Carol” in 1843. Carol singing, tree decorations and gift-giving became regular parts of Christmas. Political cartoonist Thomas Nast, a German immigrant, popularized a jolly Santa Claus in his drawings.

During the Civil War, Christmas meant a day of rest as well as memories of festivities back home. Robert Gould Shaw, who would receive fame as commander of the 54th Massachusetts, the first African-American regiment organized in the North, wrote, “It is Christmas morning and I hope for a happy and merry one for you all.”

Grant, victorious Union Civil War general, emerged from the war with a passion to reunite the nation. If he had become a practitioner of a “hard war” during the four-year-long conflict, as the war reached its climax he grew into an advocate of a “soft peace.” He demonstrated his belief at the Confederate surrender at Appomattox when he offered Robert E. Lee a magnanimous peace.

At the end of the Civil War, slavery was finally ended in the south. But the Ku Klux Klan was on the rise, policies of segregation were soon set in place, and there was still much to be done to restore the relationship between north and south.

Grant wanted to unite the country, and Christmas was one way to do it.

Grant’s commitment to making Christmas a legal holiday needs to be understood as part of his drive to unite the North and the South after the war. Grant began his presidency in 1869 as what was called Reconstruction was unraveling.

The 13th, 14th, and 15th amendments to the Constitution were enacted to guarantee the civil and political rights of newly emancipated African-Americans. But ex-Confederate generals and Southern newspaper editors, aided by the terrorism of the Ku Klux Klan, determined to quickly replace slavery with what would become Jim Crow segregation. In Grant’s finest moment as President, he would take on the Klan with the power of the federal government, even as his own Republican party retreated from its Reconstruction commitments.

In this tumultuous year, where bitterness and acrimony seem more regnant than peace and joy, we may well ask: Does Christmas as a public holiday unite or divide? We live in a religious culture quite different than Grant’s world. Yet his public passion to unite North and South in making Christmas a national holiday can inform and inspire attempts to hold up light amid darkness at the end of 2017.

Christmas was once seen as a great way to unite this country.

It is still a national holiday though, and it still brings many Americans together this time each year.

Has Grant’s vision of Christmas diminished over the years?

Tell us what you think, and leave your comment in the section below.

Next JUST IN: Kevin Spacey Charged With a Felony