We all dream of finding that one true love. Not only did this couple find their true love, but they also took it to the whole new level. Researchers and archaeologists teamed up to unearth a story that is stirring up quite a buzz. They found something buried next to an ancient church in England and they are incredibly excited about the discovery.

Recently a team of archaeologists from the University of Leicester Archaeological Services (ULAS) began working on a 4-year project that included the excavation of whatever they found. This project was done in a small village in England called Hallaton. 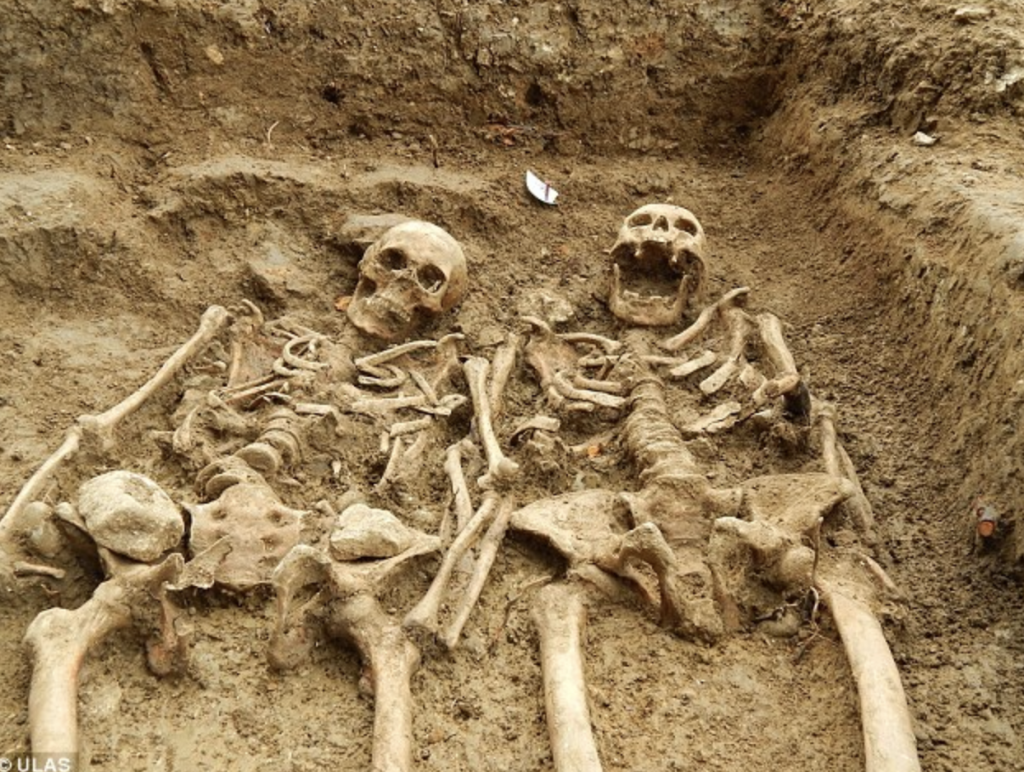 What they found startled them! This couple was found in a chapel buried for 700 years. But if you look closely, their arms and wrapped around each other and they are holding hands. 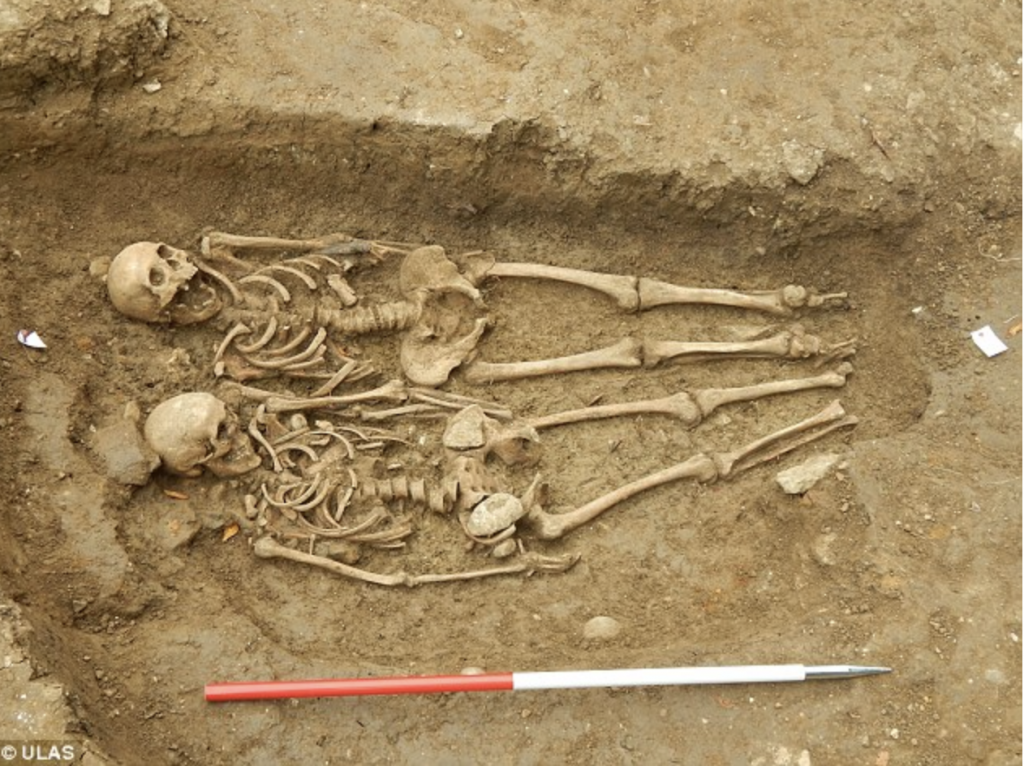 Because there are no notes showing why this couple is buried here, it’s said that they may have been refused burial in the main church because they were possibly criminals. 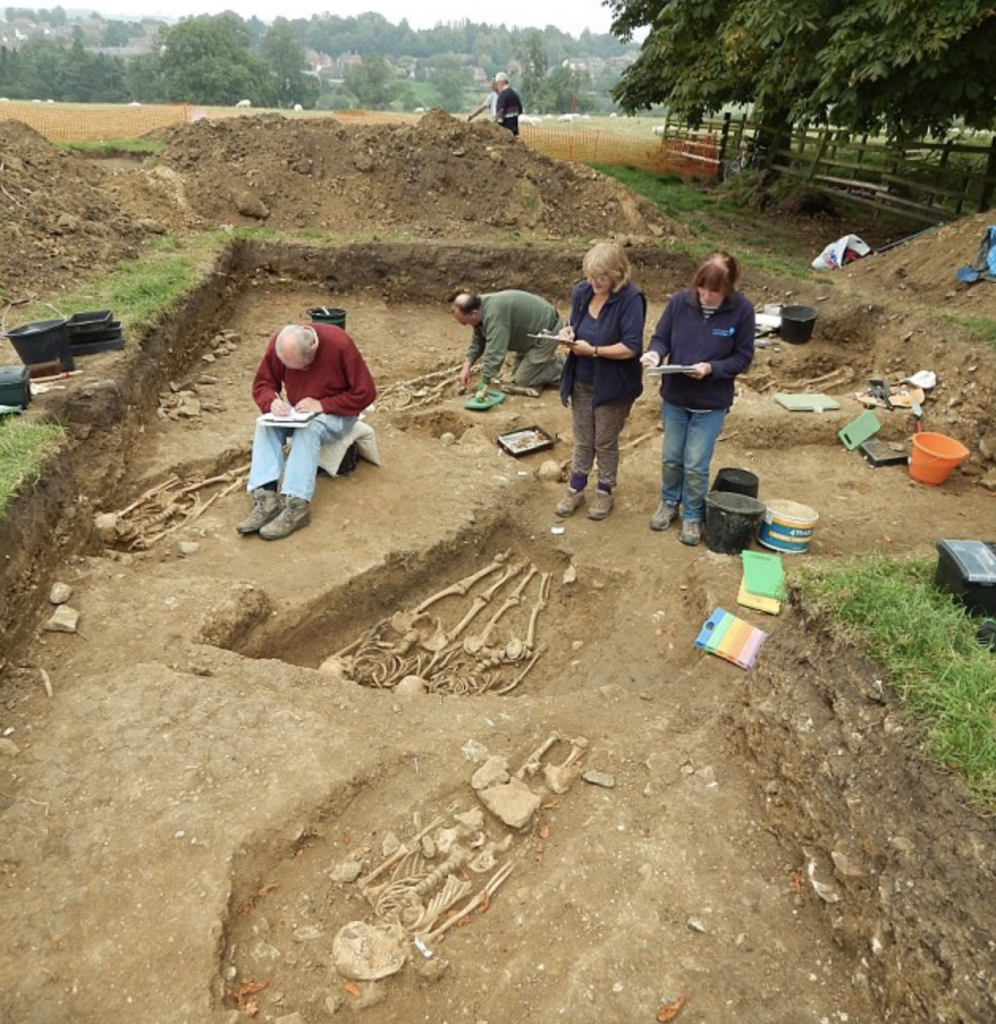 There were 9 other bodies found along with this couple. Many of them had injuries that may lead to some conclusions about their death. One appeared to have been killed by being hit in the head with a sharp object, similar to an ax. 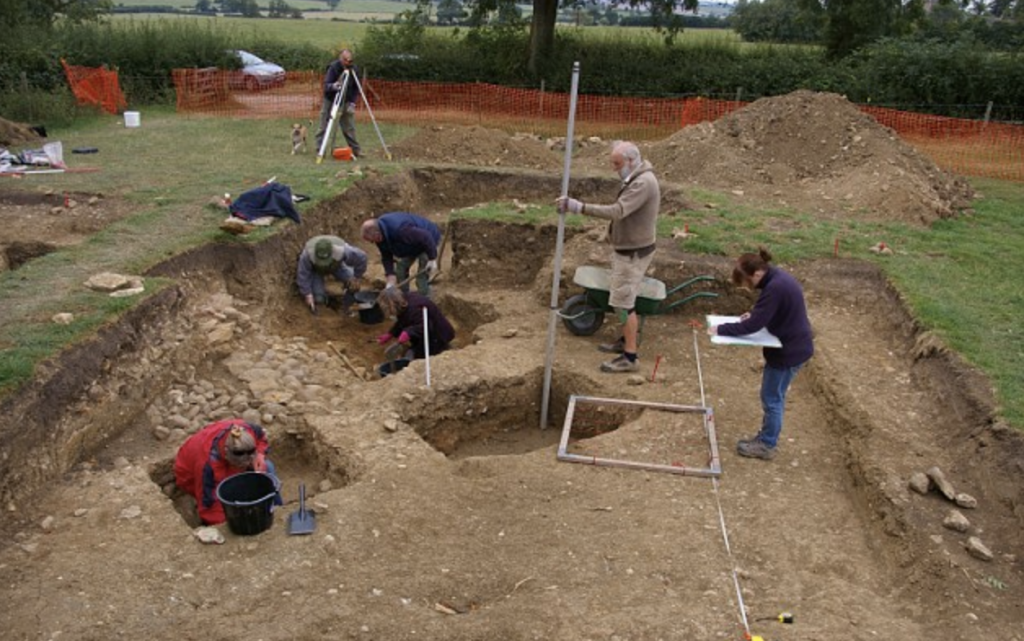 This particular group of archeologists had been digging for 2 weeks a year, for the last 4 years when they came upon this discovery. The first mention of this chapel is dated back to a will from 1532. 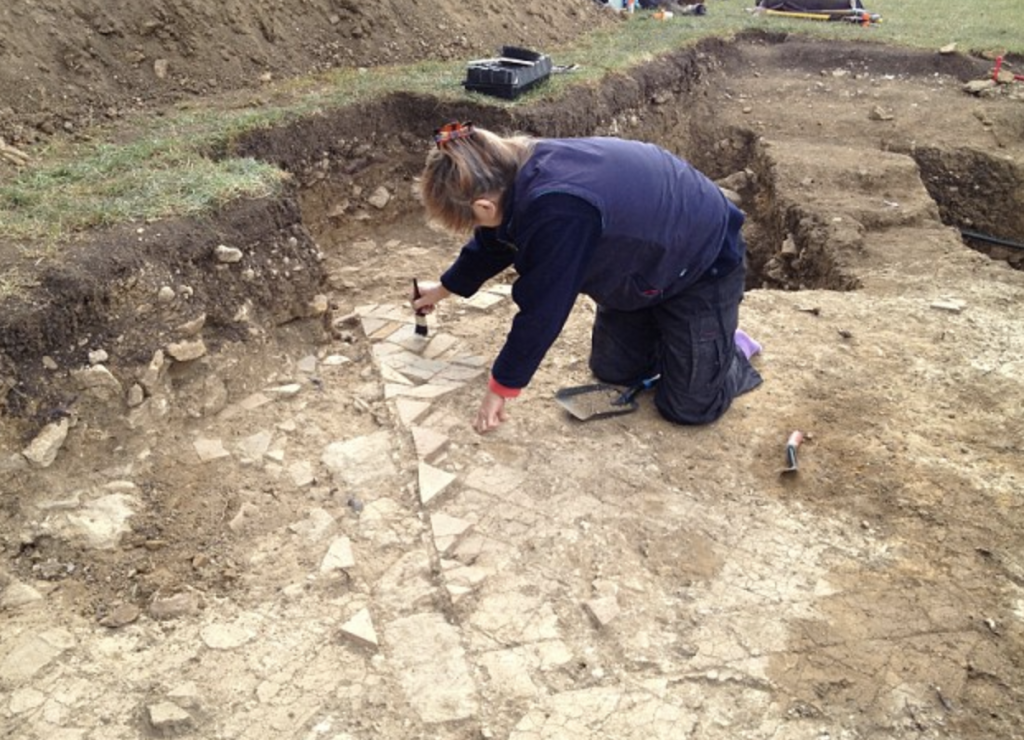 They also found coins dating back to the 11th – 15th centuries which gives them a little idea about when the chapel was being used. They were able to uncover some of the walls and tile floor of the chapel.

While some may think that these bodies were buried away from the main church because they were criminals, it is possible that they were buried here because it was a special place for pilgrims to be buried.