Look closely, it is not what you think…

A photo of two bikini-clad women standing at the check-out of a convenience store has gone viral, but it’s not for the reason you might think.

Once you’re looking for it, it’s impossible to miss: one of the women is wearing an ankle monitor on her right leg, presumably because she was convicted of a crime and was sentenced to house arrest.

The image, which has more than 100,000 views and more than 150 comments, was uploaded to Imgur on July 25 with the caption, “Nothing adds to your summer look like a court ordered ankle monitor…” 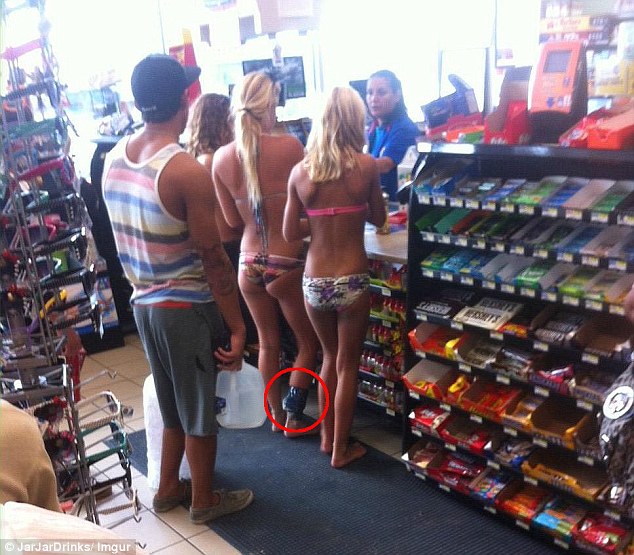 “At least we know she only likes 100m walks on the beach,” commented one Imgur user.

“Should leave a fun tan line too!” wrote another.

Other users wondered how the young woman was able to go to the store, if indeed she is under house arrest.

A person wearing an ankle monitor can typically venture out up to 3,000 feet from his or her home, according to The Law Dictionary. So the woman in the photo must live relatively close to the store — otherwise she was probably arrested shortly after the photo was taken.


Previous Harley-Davidson Refuses To Accept Military Wife’s Late Payment, Then She Sees A Note They Attached