Trump’s former lawyer-turned-rat Michael Cohen was spotted returning to his Manhattan apartment Friday with a black eye, his arm in a sling and a bandage on his hand.

It appears Michael Cohen also had a hospital ID band on his wrist – what happened? 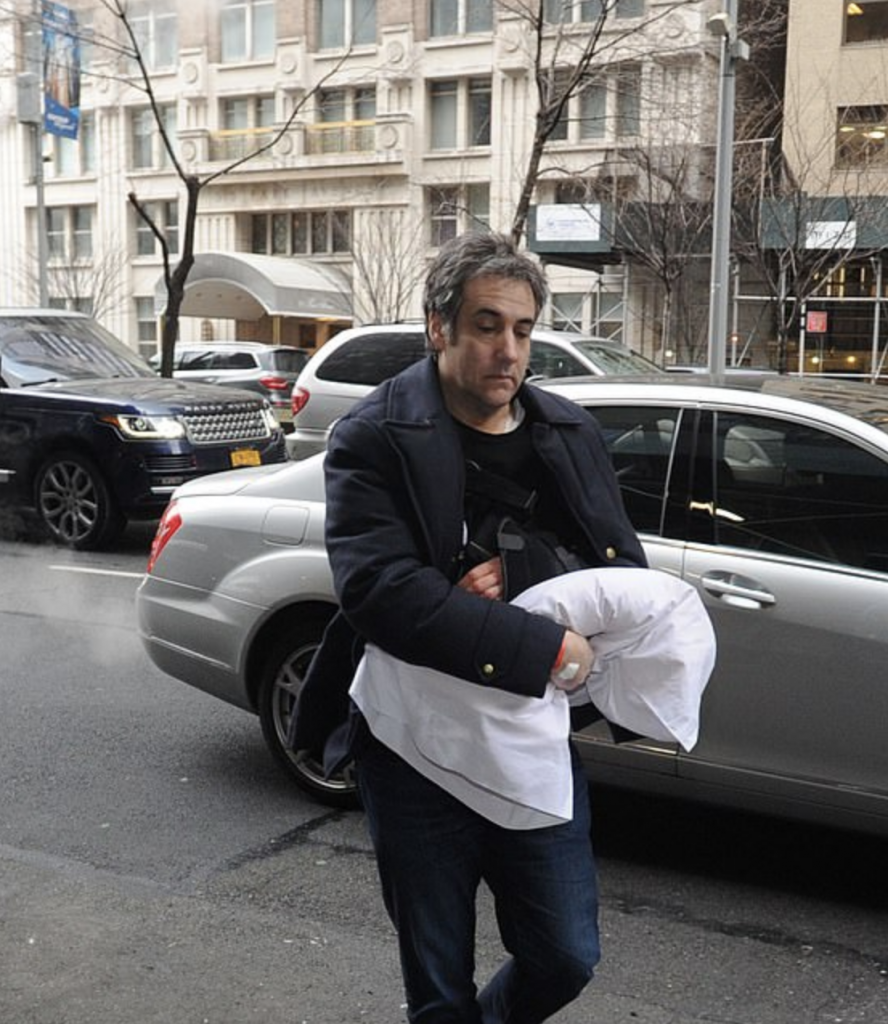 Longtime Donald Trump lawyer Michael Cohen returned to his Manhattan apartment Friday after suffering some kind of physical injury – with his arm appearing to be in a sling on a day President Trump and his team once again branded him a liar.

Cohen could be seen Friday with his left arm covered, hanging in a sling, while sporting a possible black eye. His right hand had a small bandage of the kind used to cover a small wound by an IV.

He also wore a red identification of the kind distributed by hospitals.

Cohen’s representative didn’t immediately respond to a request for comment about his condition or what happened.


Previous HERE IT IS: Complete List of Trump’s Historic Accomplishments His First Two Years in Office