Here’s part of the letter from the House Judiciary: 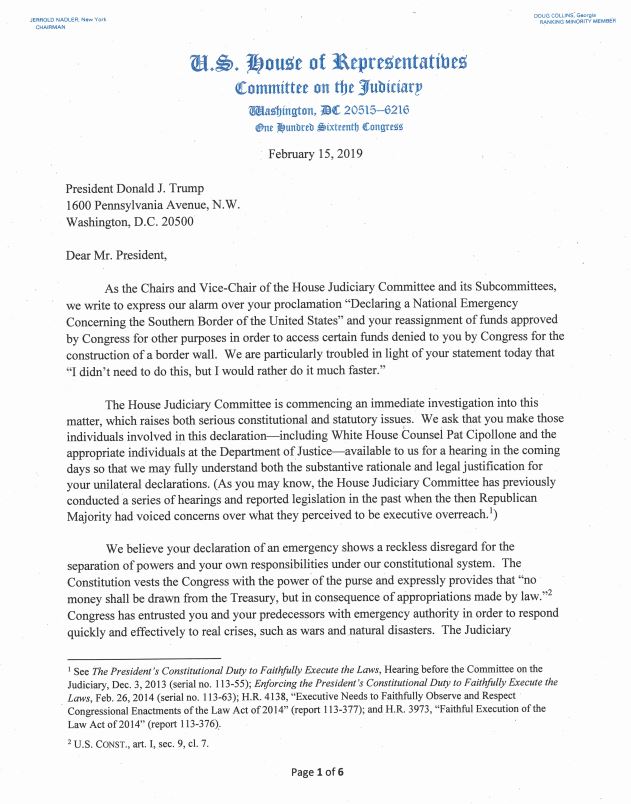 Here’s what the letter says:

A key committee in the U.S. House of Representatives announced on Friday it was launching an immediate investigation into President Donald Trump’s national emergency declaration, saying his move to fund his promised wall at the U.S.-Mexico border raised constitutional and statutory issues.

In a letter to Trump, Democrats who control the House Judiciary Committee asked the Republican president to make available for a hearing White House and Justice Department officials involved in the action. They also requested legal documents on the decision that led to the declaration, setting a deadline of next Friday.

“We believe your declaration of an emergency shows a reckless disregard for the separation of powers and your own responsibilities under our constitutional system,” said the letter signed by committee Chairman Jerrold Nadler and other top Democrats on the panel.