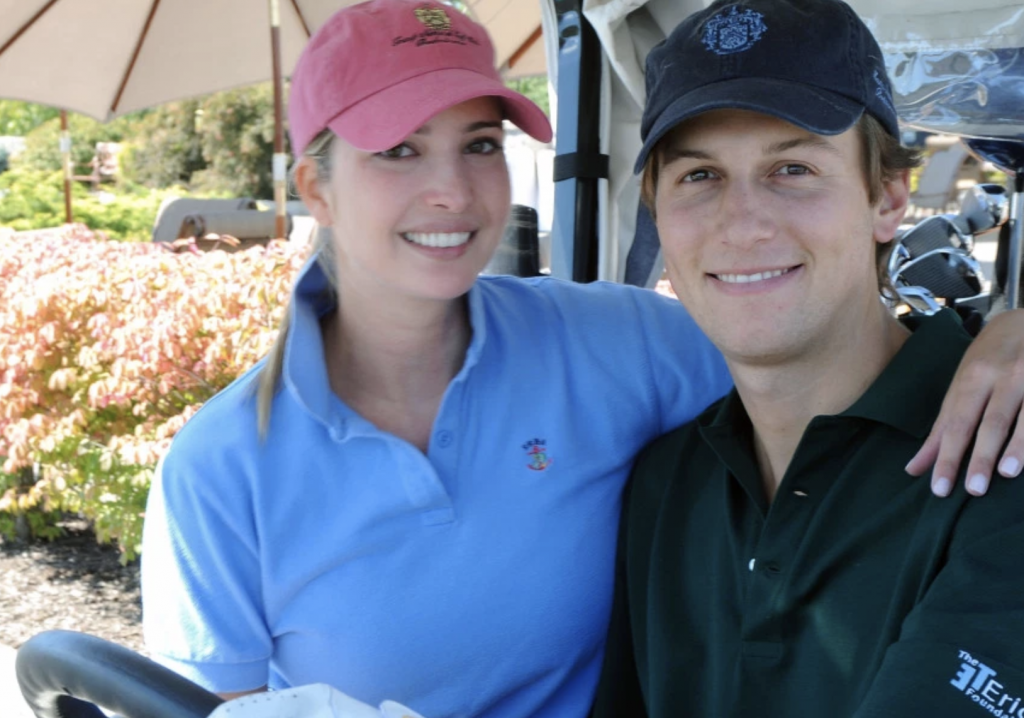 A photo of first daughter Ivanka Trump and husband, Jared Kushner, golfing at Bedminster country club in New Jersey on the Sabbath has sparked controversy.

In 2015, the Rabbinical Assembly ruled against Sabbath golf because the sport can create divots on the fairway, reports the New York Post.

“Both the digging and the repair of the hole — deliberate actions connected to the game — constitute [forms of work] subsumed by the category of plowing, whose rubric includes the digging and filling of holes in the earth,” wrote Rabbi Jonathan Lubliner, in a paper for the body’s Law Committee.

There is an exception: The Rabbinical Assembly says people can golf on Sabbath if they use an artificial turf mat.


“Nevertheless, there would be no objection per se to hitting golf balls off of an artificial mat within an eruv, since doing so would not involve the creation of divots,” Lubliner continued.

Still, it’s not certain if the couple, who identify as Orthodox Jews, used an artificial mat — and at the same time, not all experts agree with Lubliner’s thoughts.

“Such challenges are the kind of things why Hashem [God] puts us here,” opines the Maane Simcha Foundation on Din Online, advising all to forgo golf on the Sabbath. “We need to show Him we care. By accepting to fulfill Shabbos the way you know it should be kept, your ‘Shabbos experience’ in the next world will be more pleasurable than any golfing ever done at any time.”

Consequently, many aren’t sure what to make of the fact the couple continues to play golf on Sabbath, despite following other customs of Judaism.

For example, Trump and Kushner do not make business transactions on the day itself. Instead, they reportedly paid the golf caddy a generous tip the following day.

For some, that’s not enough.

“Either you observe the Sabbath or you don’t,” tweeted one person in response to the New York Post’s article. “Nothing wrong with not observing, however, don’t play us for fools.”

Others were far more critical.

“Only Jewish when it’s convenient for them and the spotlight!” added another. “Entire family is a SHAM.”

“Kinda fake everything,” chimed in a second. “They have completed that with perfection.”

Not everybody criticizes the couple for shying away from some Sabbath customs while embracing others.

“We all should spend less time worrying about how Jared Kushner and Ivanka Trump, or any of us, observe Jewish rituals and more time asking how we or they affirm Jewish values,” wrote Andrew Silow-Carroll, the editor-in-chief of the Jewish Telegraphic Agency in defense of the couple.

Next Server Believes She Is Receiving $5 Tip, Then Looks Back At The Table And Realizes The Truth