A couple shared their tipping “trick” on social media, and it is causing quite a stir.

It involves laying five dollar bills out on the table, and then taking one dollar away each time the wait staff does something you disapprove of, reports Wide Open Country. At the end of the meal, the tip consists of whatever money, if any, is left on the table.

Describing it as “a good dinner experiment we both wanted to see play out,” the couple claims that it is guaranteed to result in good service, reports AOL.

Judging from the response on social media, there is a consensus that this tipping strategy is rude and insulting. 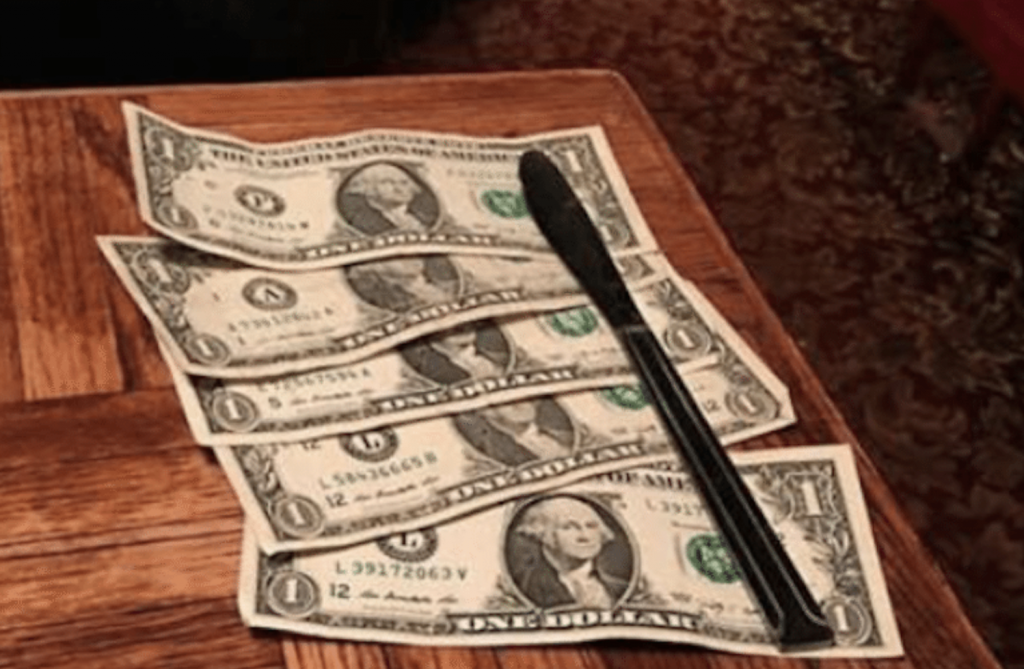 One person responded sarcastically to the couple’s post: “If you want the wait staff to spit in your food, you could always just ask.”

Another tweeted, “please, please tell me this is not a real post by an actual living human being. Please.”

Recently, a related incident went viral on social media when a waitress named Taylar Cordova posted about a diner who pointedly refused to tip her, as reported by Mic:

Servers are paid a base pay of $2-5/hr depending on the employer, so next time you don’t want to tip, regardless of the situation prior to receiving your bill, think about how much you would have to work that week off $2-5/hr to feed your family, not just you. Could you pay your bills based on that pay alone? Could you feed your family AND yourself? Because that’s what happens when you choose to not tip.

As the United States Department of Labor notes, “An employer of a tipped employee is only required to pay $2.13 per hour in direct wages if that amount combined with the tips received at least equals the federal minimum wage.”

Cordova concluded her rant with a stern piece of advice for all prospective diners: “Don’t even bother walking into a restaurant if you can’t afford to tip.”


Previous Photo Of Ivanka and Jared Is Sparking MAJOR Controversy, Can You See Why?