It seems that cheating is a part of Lori Loughlin’s family code.

In another shocking turn of events, it has been discovered that Loughlin’s daughter was accused of cheating in a game show back in 2016.

As it turns out the show was rigged to allow Olivia to win despite the other contestants being in the lead.

Here is more from  The Daily Mail:

Lori Loughlin’s YouTube star daughter is at the center of a second ‘cheating’ episode over allegations that a TV game show she took part in was rigged to let her win, DailyMail.com can exclusively reveal.

But when Rachel was declared the winner in front of a live audience she says studio execs mysteriously stepped in and ordered producers to re-shoot the final few questions.

When the trivia contest resumed Rachel and Lynch were under orders not to buzz in with the correct answers, leaving Giannulli to take home first prize, a $5,000 donation to a charity of her choice, it’s alleged.

‘I have nothing against Olivia, I’ve met her on several occasions and she’s perfectly nice. But what happened just didn’t seem right to me,’ Rachel told DailyMail.com. ‘I definitely won by a significant amount.’

The bizarre episode has emerged just days after Jade’s parents, Fuller House star Loughlin and the designer Mossimo Giannulli, were accused of paying $500,000 to get her and her sister Isabella into the University of Southern California.

The couple – worth a reported $100 million – are facing federal mail fraud charges along with dozens more wealthy parents accused of bribing officials to secure places at the nation’s top schools.

Thanks to her famous mom and prolific posting, Giannulli was already a well-known influencer when AwesomenessTV invited her to their LA studio in November 2016 to appear on celeb quiz Tap That Awesome App.

Host Hunter March posed a series of pop culture questions to the three contestants, with Giannulli, Rachel, who is another rising social media star, and Lynch, a singer, and actress competing to win money for charity.

‘They competed in the first round and Marissa Rachel won,’ a production source dished to DailyMail.com.

‘She answered the most questions right and was declared the winner in front of a live studio audience of about 25 people as well as dozens of other crew members. 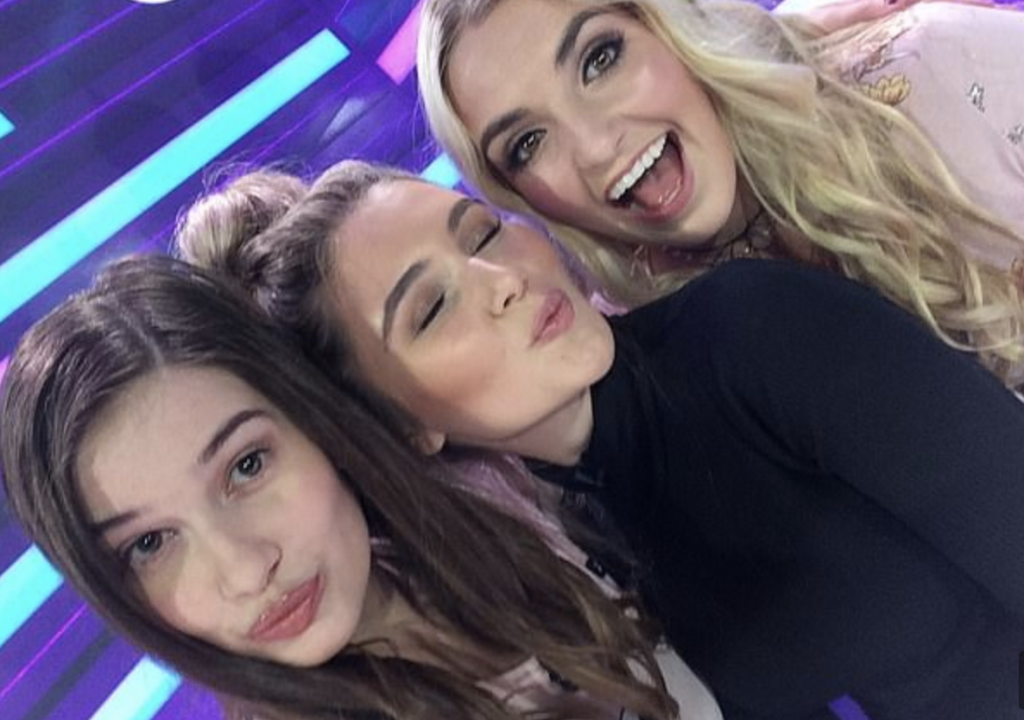 ‘The host announced her as the winner and everyone applauded and cheered.

‘But right after Marissa was declared the winner, two studio executives suddenly came on set and stopped the shoot and said, “we have to film it again with Olivia as the winner.”

It seems that this family is just a bunch of cheats.