Syndicated from Illictinfo| ICYMI: The Daily Caller has reported that Conservative journalist Laura L**mer In January(posting about Laura L**mer is illegal on FB from what we understand) led a small number of purported illegal aliens in a breach of the security wall surrounding Nancy Pelosi’s mansion.

Pelosi should’ve used President Trump’s design – 30 feet of magnificent impenetrable steel slats – and she wouldn’t be faced with having to look like a schmuck no matter how she handles these illegal aliens.

Members of L**mer’s group claimed to be from Guatemala.  Her accomplices carried a large banner with pictures of Americans who had been murdered by illegal aliens splayed across its surface.

The entire event was live-streamed on Twitter which means Pelosi, who has said a border wall is immoral will have to explain, why she didn’t call her butler to let them into her home and to serve them a meal.

This really is hilarious.

If she doesn’t want to be hypocritical she will hire attorneys to defend the intruders as she demands taxpayers do for those who crash the American border. 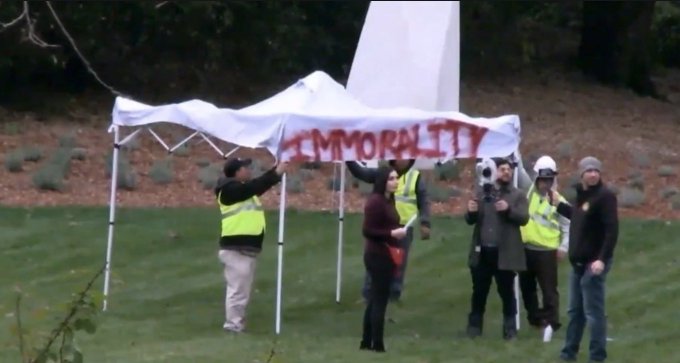 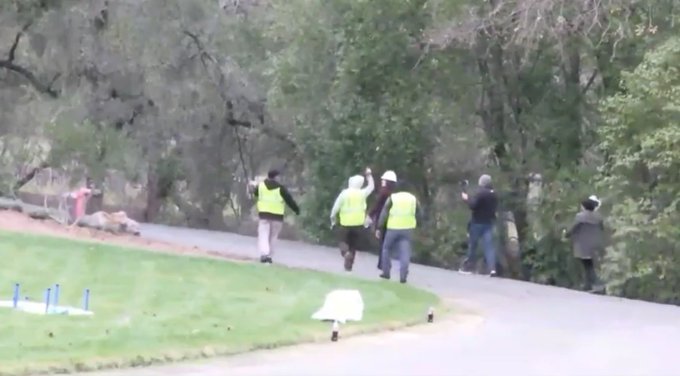 It should be interesting to see how Speaker Pelosi reacts to this intrusion.  If they are illegal aliens, it’s hard to see what legal recourse Pelosi might have since California is a sanctuary state.

That means authorities refuse to cooperate with ICE.  If the authorities are consistent with past police and court actions, the perps can expect to be issued desk appearance tickets and allowed to disappear into the ether.

L**mer, however, is an American citizen.  An outspoken conservative America, at that.  She’s likely to face a much stiffer penalty for that reason alone.

We won’t know Ms. Pelosi’s response until her face – frozen from too much Botox and locked in place by pancake makeup – melts and her mouth becomes functional again.

How long that will take is anybody’s guess.

In an abject display of hypocrisy – she’s a politician isn’t she? – Pelosi has said that a border wall is “immoral.”

So, it is in that spirit that we call on Ms. Pelosi:

“Tear down this wall!”


Previous Racist Oprah Admitted What She Would Force On 'White People' If She Became President! (VIDEO)