killed four ISIS terrorists with a single bullet as they prepared to execute 12 hostages with a flamethrower.

A hero SAS sniper reportedly killed four ISIS terrorists with a single bullet as they prepared to execute 12 hostages with a flamethrower.

According to the Mirror, the murderous jihadis were turned into ‘human fireballs’ when the sniper hit the flamethrower’s fuel tank, causing it to explode.

Reportedly, a militant known as the ‘jihadi killer’ was wiped out alongside three others who were apparently there to film the sick executions. 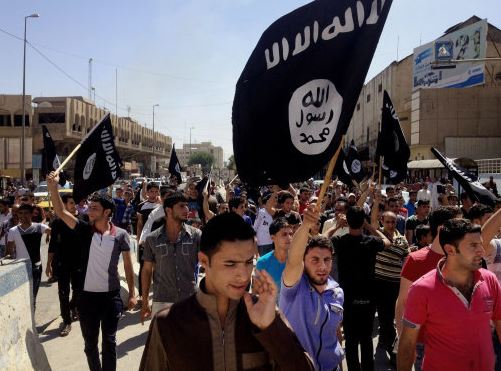 A source told the Star: “The executioner gave some sort of rambling speech over a loud hailer then when he finished the SAS sniper opened fire.

“The bullet struck the fuel container and it exploded immediately. He was incinerated and several of his henchmen were also killed.”

It is believed all of the hostages – including eight men and four women – escaped alive.

The ‘life-saving’ shot, which was fired by a Barrett .50 calibre rifle from a range of 1,500m, allegedly took place last month in a small village close to the town of Raqqa in northern Syria.

The sniper has not been identified but is reportedly part of a British and US special forces team tracking ‘high-value’ ISIS fighters.

The team had reportedly received a tip-off about the whereabouts of the ‘jihadi killer’, who had become known for burning his victims to death.

Previous Envelope Hidden In Daughter’s New Car Glovebox, Bring Her Father To Tears When He Reads It [READ]