Look, it goes against all reason and instinct, but you should really never squish a centipede.

Even if you’re in the bathroom at 2 a.m. and one comes scuttling out to the drain, you should try to resist the urge.

It’s challenging, because there are few crawlies as creepy as a squirmy, fast-moving centipede.

Even those of us who are immune to the creep factor of spiders, ants, and roaches might get the shivers when confronted with all those segmented legs.

The yuck factor gets even higher when you consider their favorite hangout spots. These guys like to hang out in cool damp place, and might even take up residence in your toilet if you aren’t careful.

You have our blessing to remove these guys from the commode, but if you get the urge to stomp, resist.


The reason why is simple: you should never squish a centipede because it might be the only thing standing between you and a bathroom literally crawling with other gross creatures. 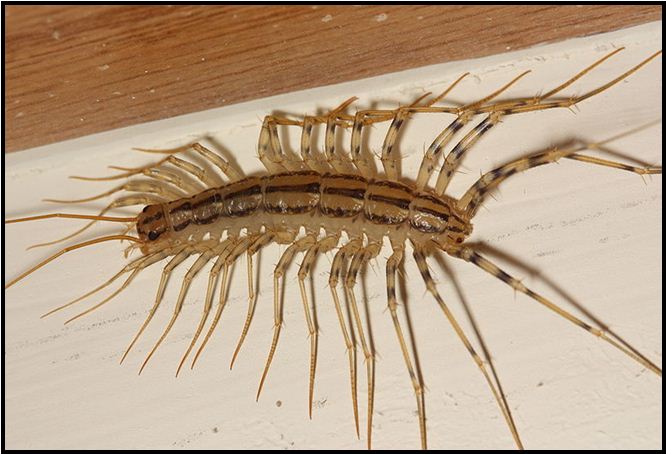 Unlike its larger, more wormlike cousins, the house centipede has a fairly short body, with a perimeter of about 30 scuttling legs.

Yes, it looks like a false eyelash brought to life, and it is the very stuff of nightmares.

Still, you should never, ever squish a centipede like this, no matter how badly you may want to.

While alarming, these creatures are actually nature’s best defense against other, even ickier houseguests.

Consider this: the house centipede is icky, but it’s also a voracious eater.

Its favorite foods are ants, spiders, bedbugs, cockroaches, and silverfish.

Basically, every arthropod pest in your home is a gourmet dinner to a centipede. 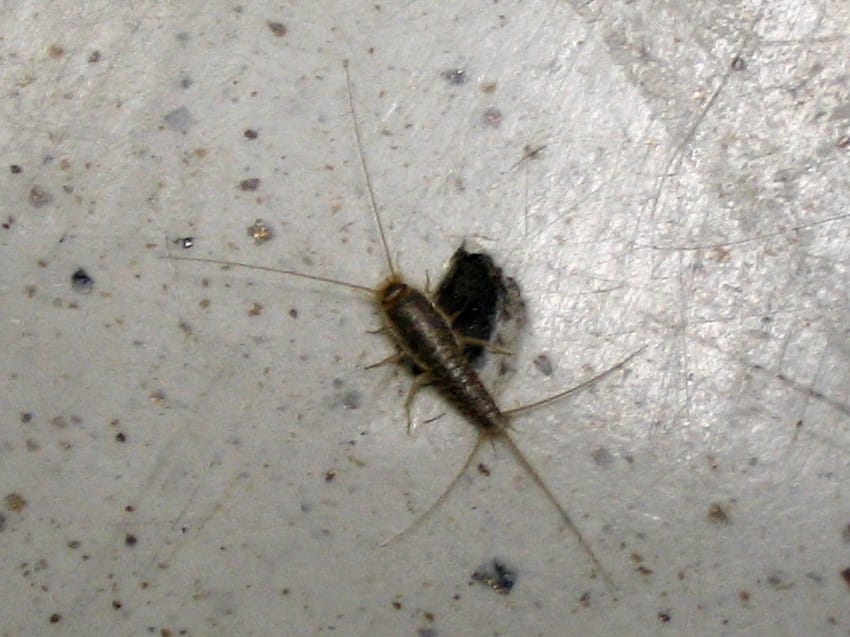 Silverfish, like the one pictured above, are particularly relevant.

That’s because centipedes and silverfish tend to enjoy the same environmental conditions, like cool and humid areas.

If you spot a centipede but haven’t noticed any silverfish slithering out of the drain, you can probably thank your friendly neighborhood exterminator for keeping the problem down.

That doesn’t mean that you have to let centipedes roam freely throughout your home.

They are alarming, and they have a bad habit of scuttling out from their hiding places before moving very, very quickly.

In 1902, an entomologist with the USDA described them as follows:

It may often be seen darting across floors with very great speed, occasionally stopping suddenly and remaining absolutely motionless, presently to resume its rapid movements, often darting directly at inmates of the house… thus creating much consternation.

You don’t have to be a victim of consternation!

Instead of squishing your centipede houseguest, simply scoop him into a jar and put him outside, in areas with lots of damp leaf mould and rocks, where he can continue chowing down in peace.

You can also try to reduce moisture and humidity in spots like your basement and bathroom to discourage centipedes from moving in.

If you have only seen one or two centipedes, we might even suggest letting them stay.

If you don’t bother them, they won’t bother you, and they will take care of all the other creepy crawlies.

It’s worth noting that, if you have to squish a spider, you risk accidentally releasing hundred of live baby spiders every which way. Just let the centipedes do their job.

Most importantly, the average house centipede can’t really do much to hurt you — other than scarring you mentally, of course.

But in all seriousness, the house centipede isn’t generally strong enough to bite a human, unlike its more lethal tropical cousins.

Unlike houseflies and cockroaches, these bad boys can’t really track serious germs into your home, especially because they are very fastidious and spend a large part of every day cleaning their many legs.

In other words, centipedes just want to eat all the spiders in your bathroom and make you happy, and there’s nothing wrong with that!


Previous Black Woman Interrupts Trump’s Speech, Crowd EXPLODES When He Does THIS To Her [VIDEO]