Those who dismiss President Trump’s tweets and comments as off-the-cuff rantings of an out of control dupe have not been paying attention.

After the anti-Trump media is finished trashing the president, time has proven those tweets and comments to have presaged what was coming.

President Trump became successful by being “read-in” on everything and anything that could give him an edge in negotiations.

Likewise after joining the political fray, where wielding a hammer always wins over using kid gloves, Trump learned everything – E.V.E.R.Y.T.H.I.N.G. – he could about the politicians surrounding him.  Friends and opponents.

The president is a counter puncher who packs a wallop when he comes off the ropes.  He hasn’t been sitting around for the past three years cowering over the assault on him that was, most likely in my mind, led by Hillary Clinton and Barack Obama.


People who dismiss this campaign speech by candidate Trump as simply political rhetoric ignore Donald Trump’s history and what led him to run for the presidency:

“Our movement is about replacing a failed and corrupt political establishment with a new government controlled by you, the American people.

“The Washington establishment and the financial and media corporations that fund it exists for only one reason, to protect and enrich itself.

“The establishment has trillions of dollars at stake in this election for those who control the levers of power in Washington and for the global special interests they partner with.”

Donald Trump was well aware of the lengths they would go to in order to defeat him, and failing that, to neuter his presidency, even attempting to personally destroy him or his family .

Trump was prepared to walk through hell to restore our freedoms and the establishment didn’t disappoint him.

But they failed.  And, when they failed President Trump assured the American people that he would take steps to make sure this never happened again.

I believe that those who think that there is no one inside of the agencies that conspired to destroy him that is now sharing information with the president’s team are deluding themselves.

The president made that fairly clear, a few weeks ago, while speaking in the Oval Office 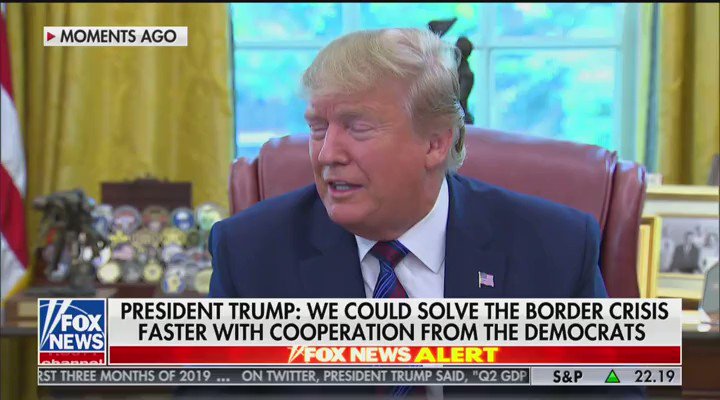 The pain is coming … You can take that to the bank.

Editor’s Note: Meme’s are the opinion of their author and often represent opinions rather than proven facts. Sorry to talk to you as if you are a child but if we are not careful the thought police will silence us. Thus a quick reminder that this is an opinion blog and not a news source.


Previous Trans-Species? Meet The Grown Men Who Now Are Identifying as Dogs.....