after he saw him beating his ex-wife in a Turkish street.

Shocking CCTV footage shows the man repeatedly hitting the defenseless woman on the head with what appears to be rolled up papers in his hand.

When the woman collapses to her knees, the thug continues to rain blows on her as she screams for help.

A few seconds later, another man charges towards the brute and takes him down from behind with an incredible flying headbutt.

Other members of the public then gather to watch as the wife-beater remains pinned to the ground by his attacker.
One witness said: “The man was beating his wife.

“She was crying and screaming.

“Then a passer-by knocked him down.”

Another passer-by said: “It was terrifying. The woman was yelling the place down. 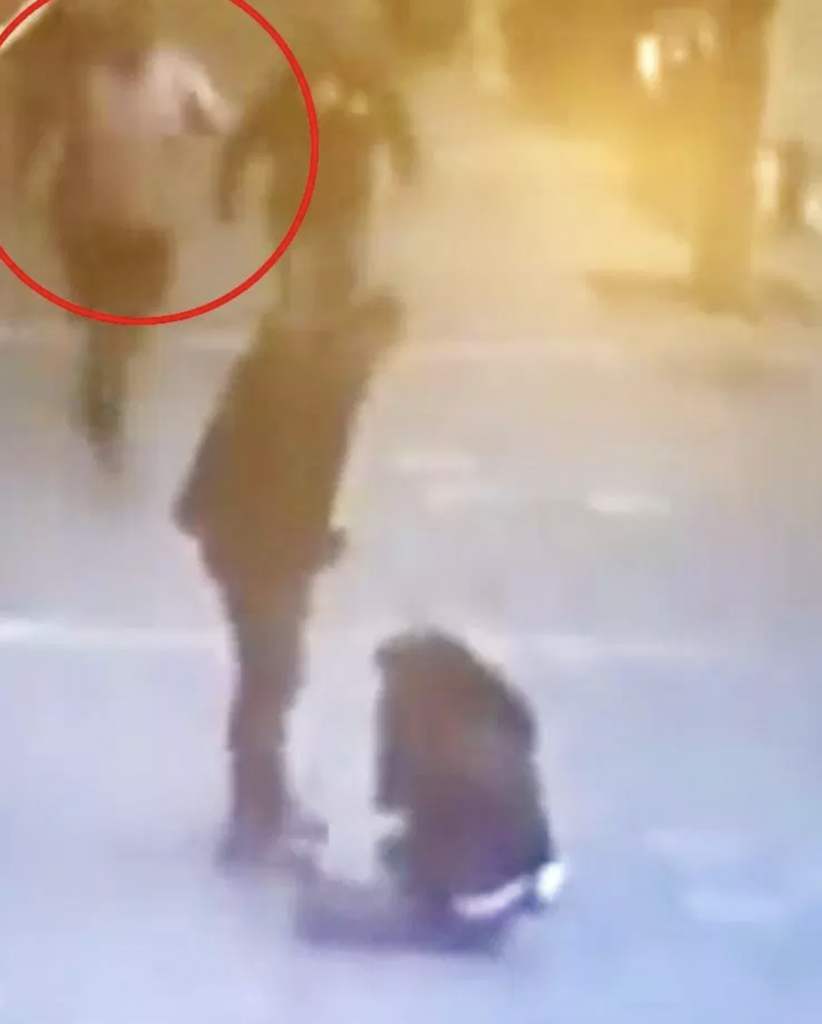 She was trying to protect herself. This kind of violence in unacceptable.”

According to local media reports, the violence erupted after the couple, who are said to be divorced, attended a hearing at Istanbul Court of Justice.

The man – named as Mehmet T. was later arrested.

Next HYSTERICAL: Spammer Gets HUGE Dose Of Karma, And It’s All Caught In Texts