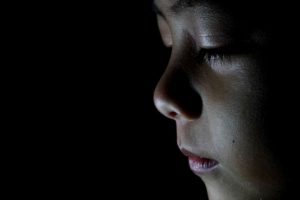 Monday a shocking ruling came out of a Dallas Texas court room for a 7-year-old boy and his father. Jeffrey Younger a divorced father of 2 7-year-old boys took his ex-wife to court for charges of child abuse. Younger filed that his ex-wife is forcing one of their sons to dress as a girl, among many other things. Younger says that while his with him, his son refuses to wear the dresses his mother sends in their clothing. The boy is so adamant about not dressing like a girl, he refuses to wear boys’ briefs because they are too much like girls’ panties.

Per the court documents and statements, this all began when the child was watching the popular cartoon Teen Titan Go. The child a few years ago began express his desire to become like one of the characters Starfire who is a female. The mother began to take this as the child’s wishes to be a girl, she then began to push a feminine image upon her young son. She would paint his nails, put his hair up on ponytails, force him to wear dresses, all while telling him he now a girl. The mother insists that her child should be allowed to choose their gender identity and she knows best on how to raise her kids.

The case was presented Monday to a Dallas, Texas jury. The jury came back with a decision that the mother knew what was best for her child, including administering hormone blocking transitioning drugs that could chemically castrate this child. The mother said she has no plans to start the treatments yet, however there is nothing at this point to stop her even if she did so.

In this great country we call home, you must be 18 to purchase and or consume tobacco products. You must be 21 to purchase, consume, or be in possession of alcohol. You must be 16 to drive a motor vehicle on the roads. You must be 18 to decide the course of public office by way of a voting ballot. All these laws are set up because society has told the government in our respective states, that there are common sense laws for being an adult. If a parent was to give alcohol or cigarettes to a 7-year-old child, Child Protective services would be kicking down the doors faster than you could blink. So why are the courts allowing life altering drugs to be administered to a child who does not have the mental capacity to know if they are a boy or a girl or a tree frog?


Previous 2020 Over for Biden After His BIGGEST Secret Has Been Exposed!

Next Little Boy Forgot Lunch Money And Asks School For Food, Look What They Gave Him