A woman rushed out of bed shooting three armed thieves who were inside her house, killing one of them. The thieves were reportedly armed based on the video footage caught on surveillance camera.

The woman in Georgia, who has not been identified, is a local restaurant manager staying at the home due to proximity of the business. 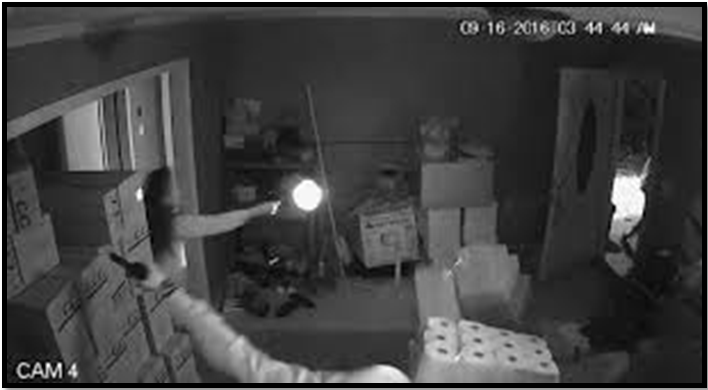 The surveillance video footage, released by the Gwinnett County Police Department, shows the robbers who were not wearing mask, burst into the front door at around 4 AM. But as the armed intruders look for cash and valuables, the woman dashed from her bedroom with a gun, shooting all three of them.

The video footage shows that the three armed were shocked and retreated to get away from the stream of bullets. One of the men can be seen running pass inches away from the woman who had been firing at them. Debris can be seen all over the house.


Two of the robbers managed to escaped but the third man identified as, Antonio Leeks, 28, of Atlanta, was shot and killed in the incident.

“All three suspects are armed in the video,” Gwinnett County police Cpl. Deon Washington said in a statement, according to the Gwinnett Daily Post. “They are not wearing masks and we highly anticipate someone recognizing them. They should be considered armed and dangerous and a threat to the community,” he added.

Cpl. Washington added that the homeowner acted appropriately, “She exercised her right to defend her livelihood and property.”

Investigators hoped that the video footage will lead to new information on the whereabouts of the two remaining suspects. Both suspects still sought by police have been described as black males, about 6 feet tall, with thin builds and facial hair. Both are believed to be in their 20s and officers believed robbery was the motive to enter the home, the Gwinnett Daily Post reports.