The same doctor who was convicted of involuntary manslaughter in the death of Michael Jackson has now come forward with a shocking allegation about Jackson’s father. Apparently, the doctor, who knew Michael Jackson’s life intimately and prescribed the singer lethal doses of potent medication, accused the King of Pop’s father of chemically castrating the singer at a young age to retain his high-pitched voice.

Family doctor Conrad Murray was convicted in the wake of Jackson’s death in 2009 for administering the drug, propofol sedative, which ushered in cardiac arrest for the sensational singer. 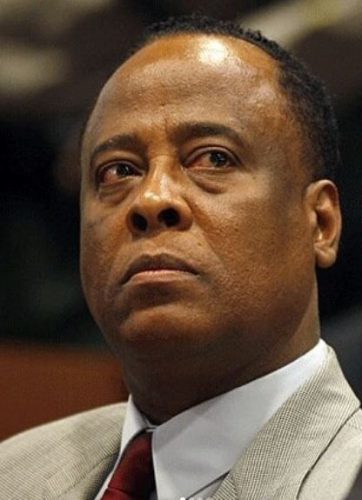 Murray was sentenced to four years in prison for involuntary manslaughter but served only two years being released on good behavior. Although he was deemed responsible for killing Michael Jackson, the doctor decided to profit off the singer one last time by publishing a 2016 memoir about his relationship with Jackson called “This Is It! The Secret Lives of Dr. Conrad Murry and Michael Jackson.”

In the memoir, Conrad accused the singer’s father, Joe Jackson, of making Michael get hormone injections at the age of twelve to stop his voice from changing. In other words, Joe Jackson chemically castrated Michael Jackson to make sure he could be his singing machine for as long as possible.


During an interview with The Blast, Murray said Joe Jackson was “one of the worst fathers to his children in history.”

Murray was the singer’s doctor from 2006 until his death in 2009. During that time, Michael opened up to the doctor about the “many sufferings at the hands of his father.”

The former doctor said, “The cruelty expressed by Michael that he experienced at the hand of his father… The fact that he was chemically castrated to maintain his high-pitched voice is beyond words. I hope Joe Jackson finds redemption from hell.”

Although Conrad Murry is a disgraced doctor, such an accusation still carries a lot of weight.

During another interview with an Australian News Channel, Murray said that Joe Jackson used the hormone injections to maintain Michael’s “childhood pitch” while pretending the injects would help with the singer’s acne problem.

Joe Jackson died at the age of 89 after a diagnosis of pancreatic cancer. Before he passed away, Michael Jackson opened up about the abusive relationship he had with his demanding father. During an interview with Oprah Winfrey, Michael talked about it as well as during his 2003 documentary “Living With Michael Jackson.”

Michael said, “It was more than just a belt – cords, whatever was around. (He) would throw you up against the wall as hard as (he) could. He would lose his temper… I was so fast. He couldn’t catch me half the time. But when he would catch me? It was bad. It was really bad.”

While Michael didn’t like Joe Jackson, his children adore their grandfather.


Previous ALERT: 3 Methods On How To Survive A Martial Law Scenario

Next She Saw A Homeless Guy And His Sign At Walmart, Immediately Stops Her When She Sees What It Said (Photo)