I get quite a few calls each day from people that are obviously people trying to scam me. It is really easy to see that they are full of it.

I always assume that anyone that I don’t know personally that I get a phone call from is totally full of it and trying to separate me from money that I don’t need to give them.

It’s the reason why whenever I get a call coming in if it isn’t from someone I know I usually let the thing go to voicemail. Nine times out of ten, if it is someone that has a legitimate reason for calling me they’ll leave a message.

That being said, it is a liberating feeling leaving your phone on silent or vibrate and not have to listen to it ring all the time.

Over the last year, scam calls have increased a lot. These so-called robocalls try to scam you out of your private information and even your money. If they happen to get your social security number or a credit card number, the scammers then either abuse it themselves or sell it on the dark web to the highest bidders, who then use your identity to fake any number of things.


Now there are more scammers pretending to be from the Social Security Administration than ever before.

These people are targeting senior citizens who are generally more susceptible to such scams.

These calls have topped the long-running IRS scam that has been a top complaint about Americans throughout the Trump presidency. But now that scam calls are only becoming more prevalent. It seems scammers are switching their tactics over to pretending to be from the Social Security Administration – so watch out. 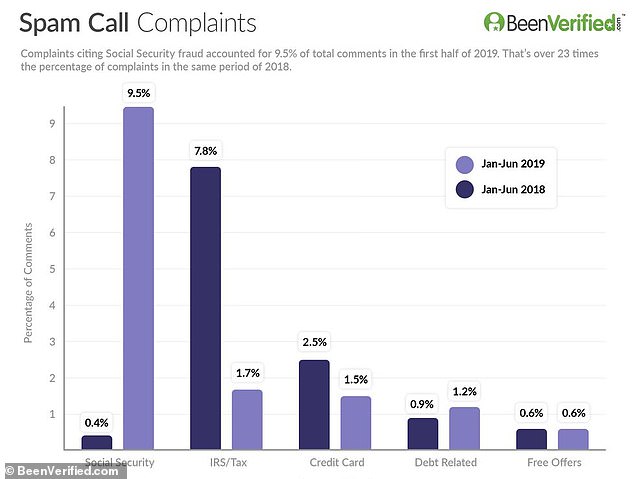 During these scam calls, the crooks will do whatever they can to make you feel afraid. They want you to shake in your boots, so you give them the sensitive information they want.

A company called BeenVerified analyzed complaints about scam calls over the last several years. They found that calls claiming to be from the Social Security Administration have increased greatly while calls for the IRS have decreased substantially. Other top scam calls, including those claiming to represent credit cards, be related to debts or providing free offers. 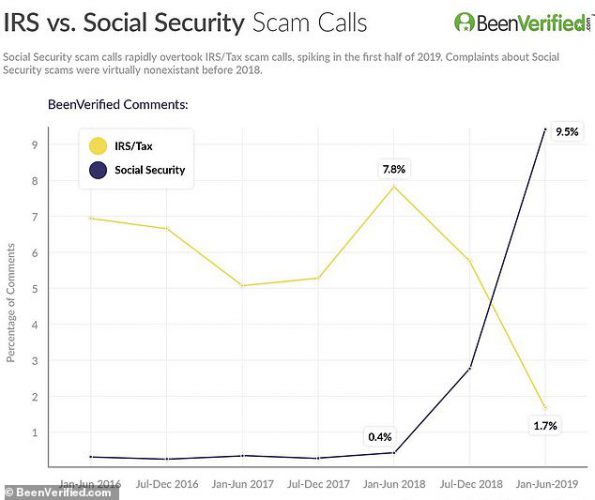 A representative of BeenVerified named Justin Lavelle said: “The Spam Complaint Monitor is a canary in the coal mine showing broad spam and robocall topic trends. As the data is self-reported, the total numbers of complaints related to each of these spam call topics are almost certainly higher.”

With nearly ten percent of these spam/scam calls being related to the so-called Social Security Administration, it is important to guard yourself against this new threat.


Previous Her Landlord Spoke To Her About Her Rent, Then Hit Her With A BIG SURPRISE! (PHOTO)