The United States Senate published a report entitled, “State Secrets: How an Avalanche of Media Leaks is Harming National Security.”  In the report, it details the leaks the Trump Administration has suffered in the first 126 days of existence with a total of 125 leaks as shown by the following graph.

The report also conducted a Lexis search of stories examining The Associated Press, The New York Times, The Washington Post, The Los Angeles Times, The Boston Globe, and The Houston Chronicle. In the same 126-day period, the Bush administration was subjected to 9 leaks, and the Obama Administration 8 leaks. The Trump Administration has been subjected to a staggering 62 leaks according to the six different aforementioned news outlets alone. 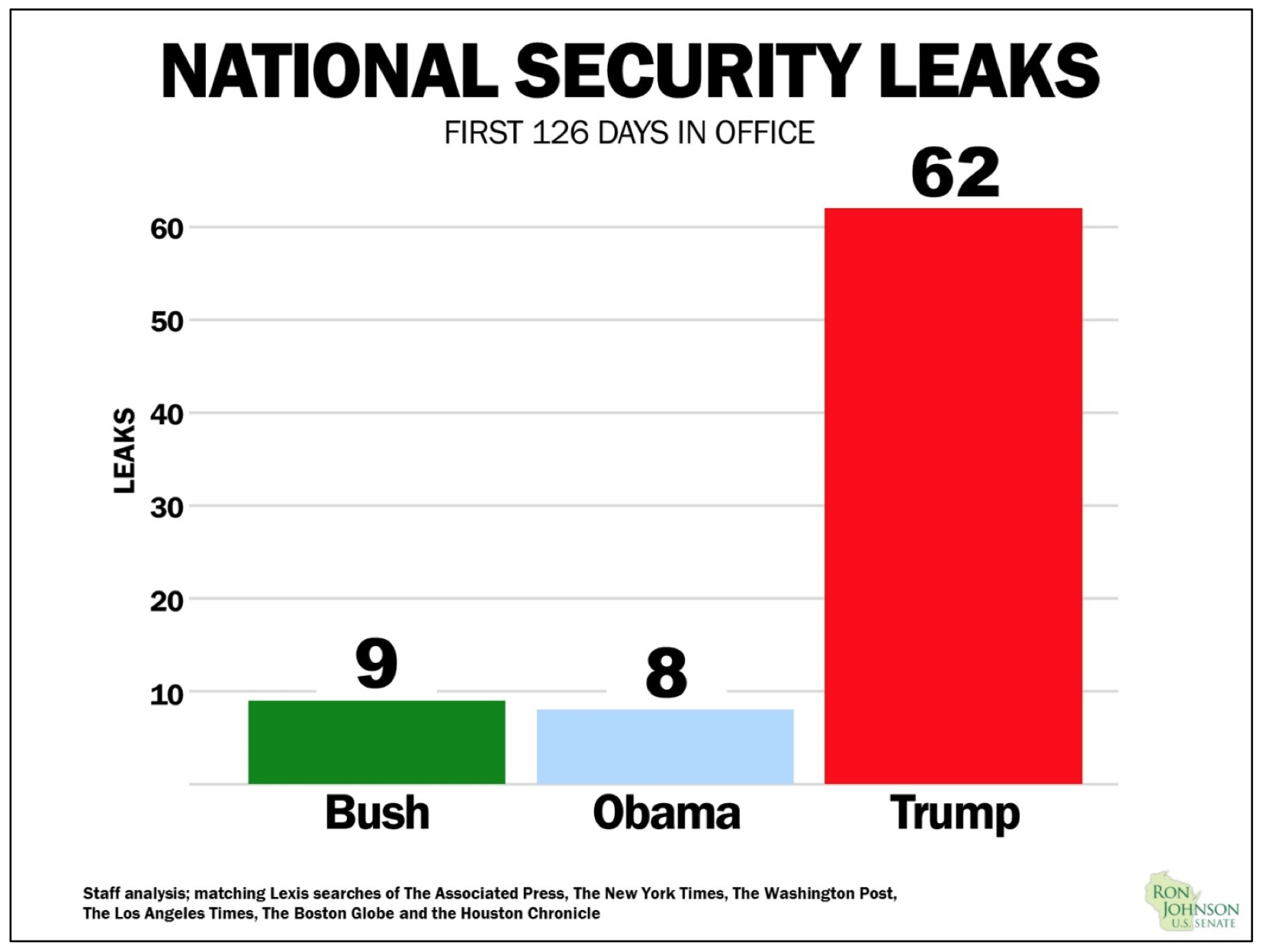 The source of these leaks has yet to be specifically identified, but the group of potential suspects has been narrowed down significantly. This group of potential leakers consists of a group of 30 Obama Administration leftovers that President Trump and Attorney General Jeff Sessions believe might be leaking information to the left wing media.

In an effort to find out who is leaking information, Attorney General Jeff Sessions has announced that he is planning to give lie detector tests to everyone on the National Security Council. This means well over 100 people will be questioned and evaluated very carefully. President Trump has been briefed on this pool of suspected leakers, so the cat is out of the bag.

Jonathan Swan, from Axios.com, reported, “Sessions idea is to do a one-time, one-issue, polygraph test of everyone on the NSC staff. Interrogators would sit down with every single NSC staffer (there’s more than 100 of them), and ask them individually what they know about the leaks of transcripts of the President’s phone calls with foreign leaders. Sessions suspect those leaks came from within the NSC, and thinks that a polygraph test — at the very least — would scare them out of leaking again.” 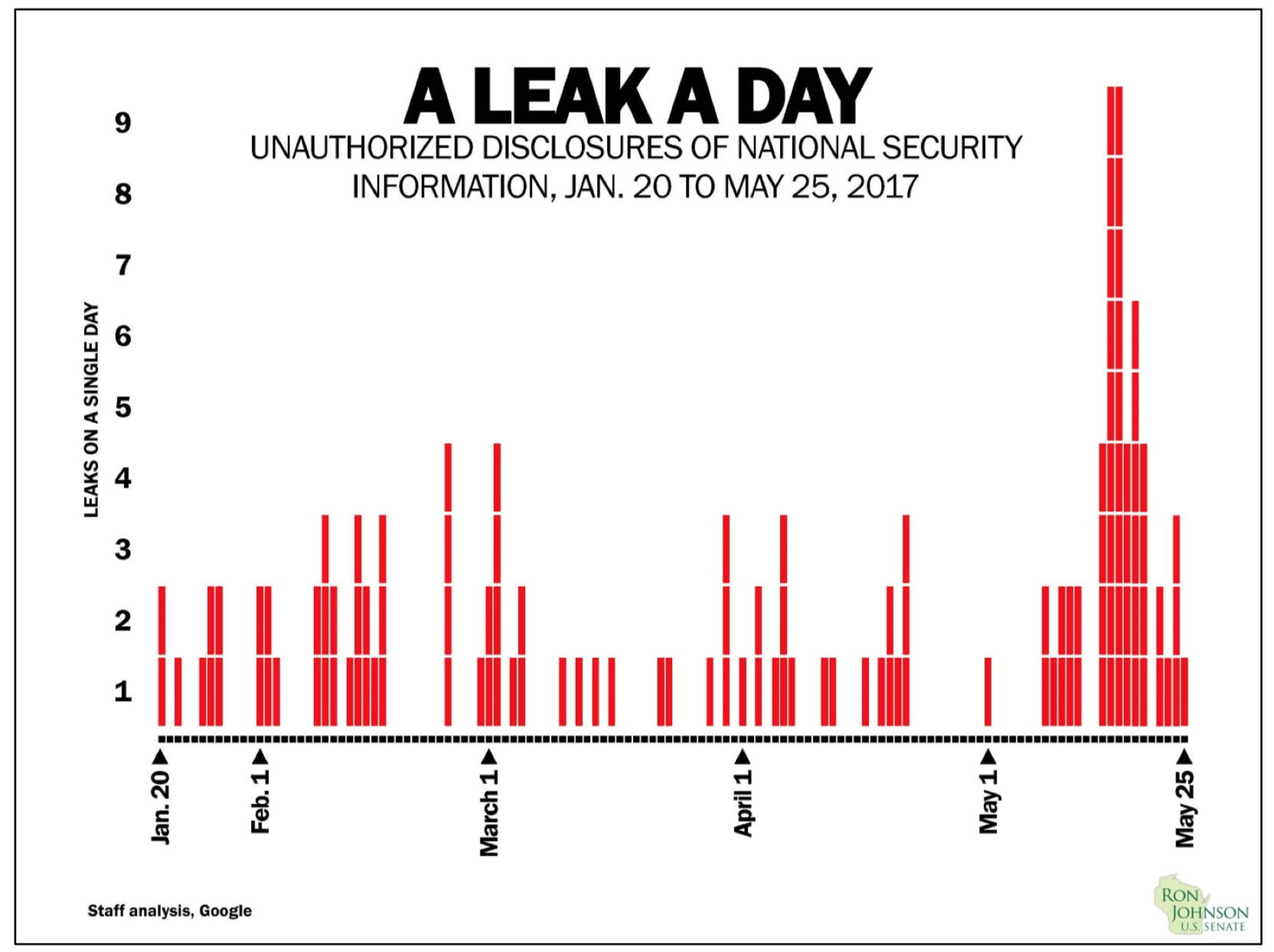 What is also concerning about these leaks is that the mainstream media sees no issue at all with putting into print classified information, much of which has put people in serious danger. “The unnamed source is one issue, and I’m going to let the media sort out whether the moral quandary that is that. I tell you what is not a moral quandary that is printing of classified information. Leaks are illegal, and they are dangerous, and they are deleterious to our National Security.”

The consequences of these leaks range from a simple embarrassment of President Trump when his private phone conversations with world leaders are revealed, thus creating a situation where world leaders who may speak with President Trump with the future via phone will not trust the line or the President. This, in turn, can create a situation where our allies don’t trust us, and our enemies see this weakness and exploit it.

Several off-the-beaten-path media sources have theorized that former President Barack Obama has been running a shadow government in conjunction with several high ranking Democratic and Republican RINO’s attempting to subvert President Trump. Though this is a highly unconventional theory, it is very possible that a shadow government exists, and they are looking to remove Trump. The political establishment in Washington D.C is so upset at President Trump’s victory, they are resorting to every dirty trick in the book and are risking being subjected to serious fines and jail time.

The lie detector tests which Attorney General Jeff Sessions plans to give should reveal some very interesting information, and hopefully, will lead to an arrest. This desperation which the left is showing is something unlike we have ever seen before. People are risking serious jail time because they are loyal to one of the most disloyal Presidents of the United States. President Trump ought to make an example out of every single person caught leaking information. People’s lives are at risk, and the mainstream media and liberals could care less because President Trump is mean, and he is the antithesis of the left and the political elite.

Next ALERT: Dead Body Pulled From River With A DIRTY CLINTON SECRET!