President Obama has finally endorsed building a better security wall. It won’t be on the southern border, where one is badly needed. Instead, the administration wants new and improved barriers to keep the people as far away from “the people’s house” as possible.

It’s the response to Omar J. Gonzalez, a 42-year-old homeless veteran from Texas, who made his way past the security agents, clearing the gate and sprinting across the lawn and making his way into the White House. 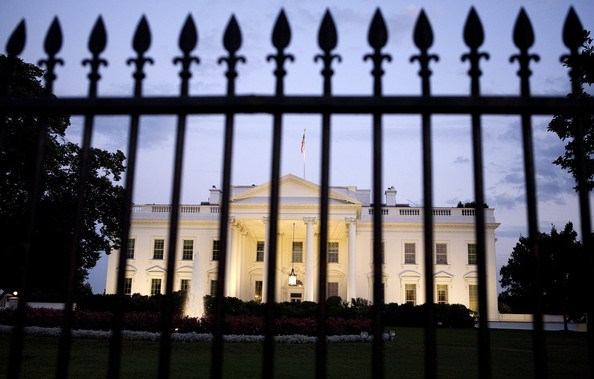 The intrusion generated a lot of excitement, but not much happened. Mr. Gonzalez carried only a pocket knife and kept it in his pocket, and the first family was not home. He was caught before he could create real mischief. All that has been done in recent years to make “the people’s house” more of a fortress, not least of which was the closing of Pennsylvania Avenue, apparently hasn’t actually improved security. The inevitable campaign has already begun to exploit the incident and make life miserable for tourists and the people who live here in the name of protecting the White House.

The ideas are all about keeping the public as far away as possible: Expanded cordons, airport-style screening for pedestrians, banning protests on the sidewalk outside the White House. Some even want to turn the White House into a compound by topping the fence with razor wire — an idea that has been considered and wisely rejected.


It wasn’t always so. Andrew Jackson invited the public to come to the White House to enjoy a slice of a 1,400 pound block of cheese that he put in the foyer. About 10,000 dropped by for a bite. When Calvin Coolidge threw a reception at the White House, the public was welcome. Silent Cal even posed for photographs.

Those were simpler times. An open-door policy today would invite disaster. The White House would be flooded with unwanted guests, with the White House quickly degenerating into something like a shabby bus terminal. The administration is right to think of ways to make sure the next fence-jumper is quickly caught.

If only the administration gave as much attention to the border fence that gets jumped far more often than the fence at 1600 Pennsylvania Avenue. Officials refuse to say whether federal prosecutors in Yuma, Ariz., have been ordered to scale back a years-old program that once guaranteed jail time for illegal aliens detained at the border.