White House press secretary Josh Earnest again refused to say definitively whether anyone in the White House played a role in the increased supplies for the U.S. Citizenship and Immigration Services to boost its amount of visa-making material. 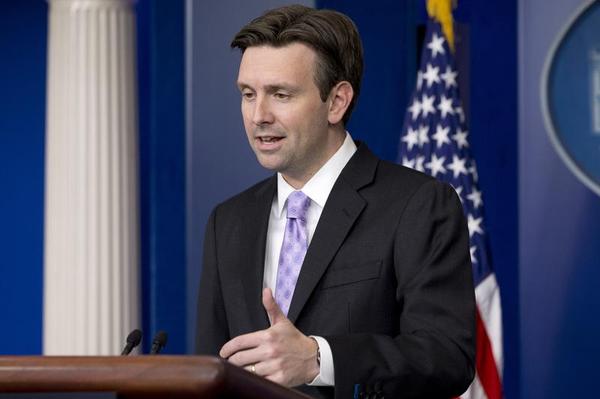 The agency recently increased its order of the card stock  for issuing new visas, getting enough to make 34 million green cards over the next five years — more than double the number it would normally produce over that period — ahead of anticipated executive action on immigration by President Barack Obama.

The answer was a reply to Fox News reporter Wendell Goler’s question on whether the White House had intervened. Last week, CBS News’ Major Garret asked a similar question and was told the White House “does not make specific direction to agencies about which supplies they should order.”


Goler asked, “So the answer is no? The White House did not direct it?” Earnest ignored the follow-up and moved on.

Next ‘The Democratic Party Is Abusing Us’: These Men Have a Scathing Message for Obama and ‘Black Leadership’