He is the rarely-seen artist known as Sabo.

His artwork is many times controversial and political in nature. 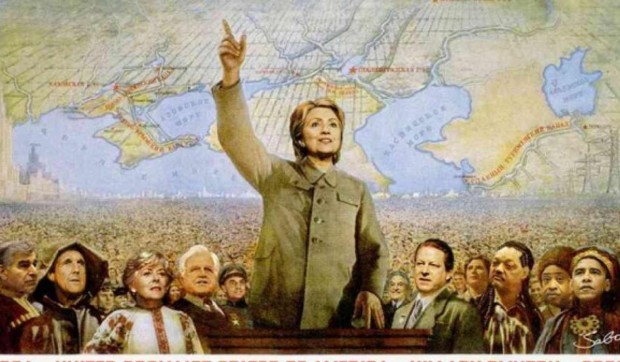 His Twitter feed is uncensored and some argue his comments can go too far. In fact, a few of Sabo’s recent tweets struck a nerve and got the attention of the United States Secret Service. One of the tweets involved bringing back Harvey Lee Oswald as a zombie.

Here are some other controversial tweets from Sabo:

A MESSAGE TO THE SECRET SERVICE. I HAVE $10,000 IN HAND WHICH I WILL USE BUY A MONTH OF COLUMBIAN HOOKERS FOR YOU TO LOOK THE OTHER WAY.

IT REALLY WOULD BE A CRYING SHAME IF SOMEONE CALLED TO REPORT A MAN WITH A RIFLE IN THE AREA ON THIS NIGHT. pic.twitter.com/lpgsYNAkHQ

The above tweets were part of the reasons why, on Tuesday, Sabo returned home and found a calling card from a Secret Service agent. 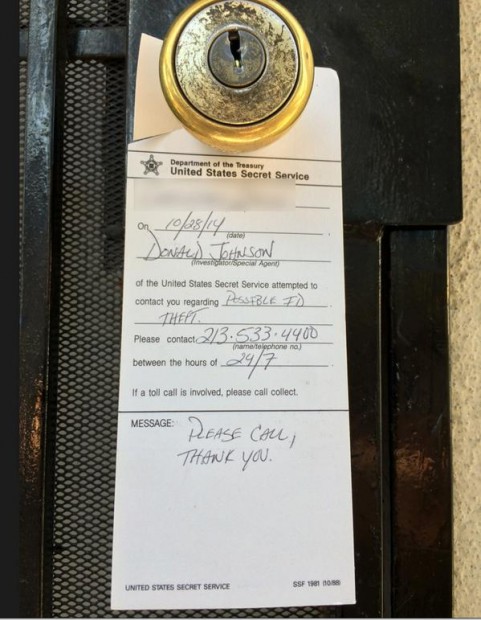 Sabo called the agent listed on the door hanger and scheduled a meeting at his home for 10 a.m. on Wednesday.

Before the interview, Sabo posted the above image and alerted his Facebook friends and Twitter followers about the pending visit.

Shortly after the Secret Service visit, Sabo posted a video that claims to cover most of the entire interview. Sabo told TheBlaze there was a little more to it, but “I just wanted to get it out.”

You can watch the video of the visit here: (Warning: The video has some objectionable images and the dialogue contains profanity)

The Secret Service has confirmed that they interviewed Sabo, though they would not provide additional information about the visit.

According to the note left on the doorknob, the agents were coming to talk to the artist about “possible I.D. theft.”

During the brief exchange, the agents asked, Sabo questions like; ”Did you send out the tweets about bringing back Lee Harvey Oswald as a zombie?” To which the artist responded, “How likely is that going to happen?”

Sabo did admit to sending the three tweets in question.

“I realize we have a f***head in the White House and the Constitution no longer means s**t, but as far as I’m concerned we still have the First Amendment, correct?” he said, sitting behind a desk featuring Obama’s face painted on toilet seat covers.

Sabo stressed that his posts were political speech and “obviously not” advocating violence. However, he also added that he hopes President Obama’s “plane crashes.”

IF YOU ARE ON TWITTER AND YOU HAVE A POLITICAL OPINION THAT IS NOT LEFTIST, BE SCARED, BE VERY SCARED. OBAMA’S SECRET SERVICE IS WATCHING.

Sabo also called into TheBlaze Radio’s “Morning Blaze” on Wednesday to discuss the upcoming Secret Service visit (The interview with Sabo begins at the 1:14:00  mark of the recording):


Previous Here’s what happens when your blood meets viper venom, and it’s not pretty

Next Top 10 Ways That Obama Has Muzzled American Media