“We condemn anybody who uses language such as was used in this article,” Kerry said at the Washington Ideas Forum. “That does not reflect the president, it does not reflect me, it is disgraceful, unacceptable, damaging and I think neither President Obama nor I — I’ve never heard that word around me in the White House or anywhere.” 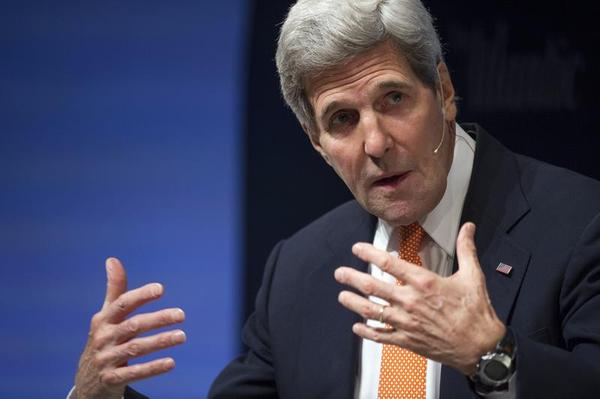 Despite Kerry’s words, there has been no formal apology for the epithet from the U.S. government. State Department spokeswoman Jen Psaki said Wednesday that officials were not trying to find out who made the remark to the Atlantic’s Jeffrey Goldberg.

Kerry defended the Obama administration’s relationship with Israel, which has been notoriously rocky, saying the president has been very committed to the Iron Dome air defense system and has consistently supported Israel’s right to defend itself. He said Obama wants to bring the Israelis and Palestinians together to resolve their differences.

“I don’t know who these anonymous people are who keep getting quoted in things, but they make life much more difficult. We are proud of what we have done to help Israel through a very difficult time,” Kerry said.


Previous HOUSE OF HORRORS: Mother Locked Up 4-Year Old Son For 12 Days, More Interested In Having Sex Than Caring For Him

Next Vote Your Anger! Fire Politicians Who Lie, Deny, and Falsify.